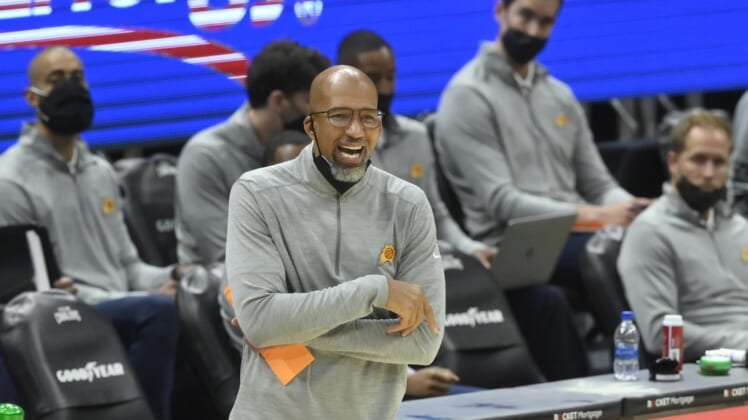 Phoenix Suns coach Monty Williams has been voted Coach of the Year by the National Basketball Coaches Association, it was announced Tuesday.

Williams led the Suns to a 51-21 mark, the second-best record in the NBA, and their first divisional title since 2006-07. Their winning percentage of .708 is the fifth best in franchise history.

They’re the No. 2 seed in the Western Conference playoffs.

“Congratulations to Monty Williams on this most deserving recognition,” Dallas Mavericks coach and NBCA president Rick Carlisle said in a statement. “In just two years, Monty has taken the Suns from a 19-63 team to the second-best record in the NBA this season and the Suns’ first divisional title since 2007. To win the vote of our peers makes the … award one of the most meaningful in all of pro sports.”

“I hold the utmost respect and admiration for the coaches in this league, so to be recognized by my peers is an incredible honor,” Williams said. “Every coach in our league sacrifices a ton to make their teams and organizations better, so this is unbelievably humbling.”