Phillies’ SP Zach Eflin placed on IL with back tightness 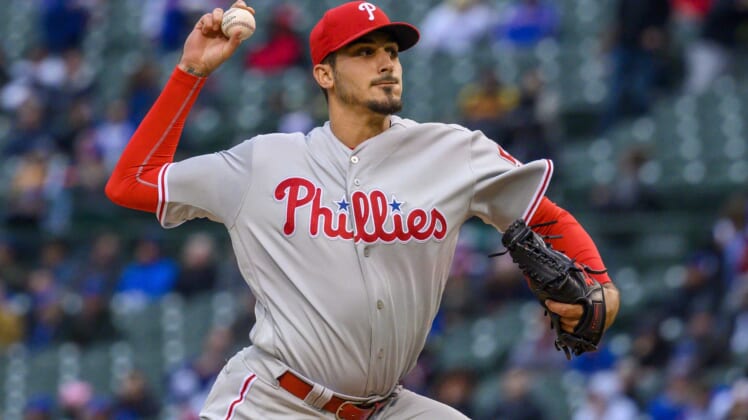 After dealing with injuries to their bullpen for months, the Philadelphia Phillies are now experiencing an even bigger loss following an injury to their starting rotation.

Philadelphia announced starter Zach Eflin landed on the 10-day injured list on Friday due to lingering tightness in his back.

The 25-year-old emerged as one of Philadelphia’s best pitchers this season with a 3.02 ERA and 1.19 WHIP across 11 starts. At a time when Aaron Nola struggled, Eflin stepped up to give the Phillies a front-line starter.

His most recent start might have raised some concern for the team after he turned in his shortest outing of the year with three runs and six hits allowed in 3.2 innings on May 26.

In Eflin’s absence, the team is bringing southpaw Cole Irvin back into the rotation. In three starts, Irvin recorded a 5.60 ERA with 17 hits and five walks allowed in 17.2 innings.