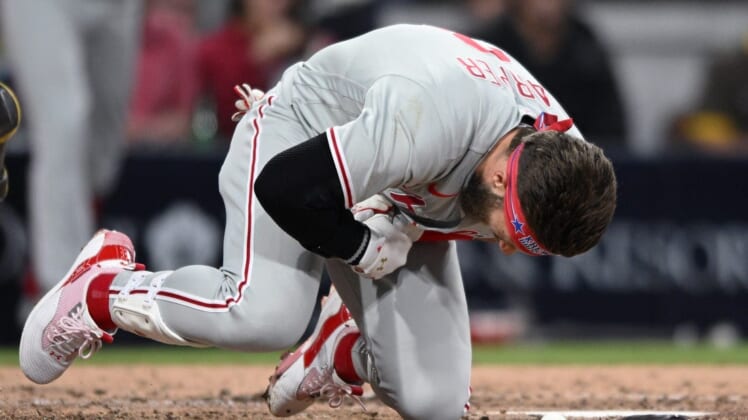 Harper was able to get his face out of the way of the up-and-in fastball from San Diego Padres lefty Blake Snell, but the 97 mph pitch caught him on his left hand, which was still wrapped around his bat.

The reigning National League MVP immediately dropped to his knees in obvious pain. Shortly thereafter, he yelled at Snell as he exited the field.

Johan Camargo came on to replace Harper for the Phillies (37-35), who were looking to avoid their fifth loss in six games.