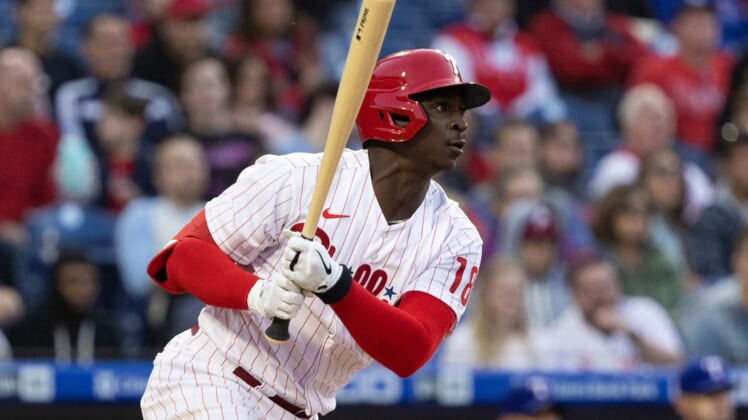 The designation is retroactive to Thursday. Infielder Bryson Stott was recalled from Triple-A Lehigh Valley to take his place on the roster.

Stott, 24, made his major league debut in the April 8 season opener and batted .133 (4 for 30) with three RBIs and 10 strikeouts in nine games. He hit .333 with two homers and seven RBIs in nine games at Lehigh Valley.