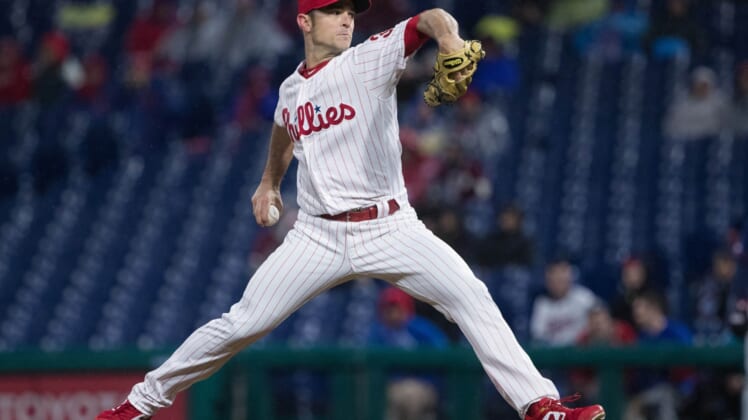 Just months after being one of the top relievers in free agency, Philadelphia Phillies reliever David Robertson will be sidelined for 2020 season following Tommy John surgery.

Robertson underwent TJS on Thursday after dealing with forearm issues throughout the 2019 season. He’s expected to need 14-16 months of recovery time before he’ll return to the mound.

Philadelphia signed the 34-year-old reliever this offseason to a two-year, $23 million contract with the hopes of him stepping in as the closer. Instead, Robertson recorded a 5.40 ERA across seven appearances before landing on the injured list with an injury to his flexor tendon.

Robertson will be in his age-36 season when he returns in 2021. Given he’ll be coming back from TJS, it might be difficult for him to find an MLB contract when he becomes a free agent.