Phillies return to friendly confines of home for Game 3 vs. Astros 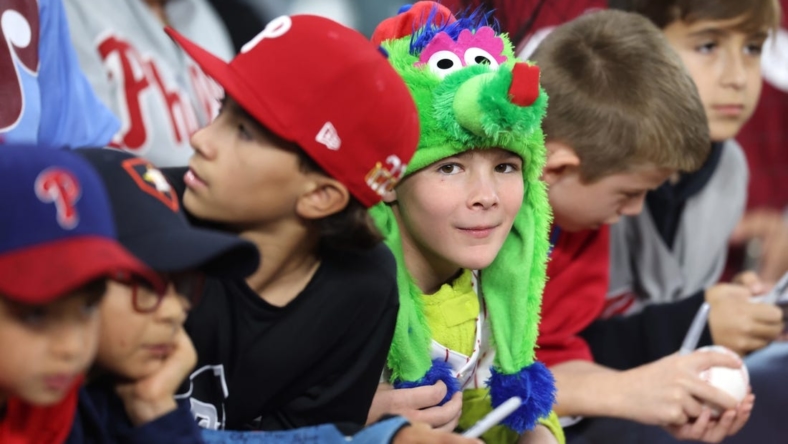 After earning a split in the first two games, the Philadelphia Phillies will return home to their raucous crowd where the World Series shifts for Game 3 on Monday.

Following an off day, the Phillies will be rested and ready with nearly 46,000 vocal supporters in the stands.

The Phillies are 5-0 at home in the postseason.

“We feel like it’s another element that a visiting team is going to have to go through,” Kyle Schwarber said of the passionate fan base. “They have been great through this whole postseason.”

The Phillies have fallen behind 5-0 in the first two games on the road.

“I just can’t wait to go out there Monday and keep it going,” Jean Segura said. “Our fans will be ready.”

Syndergaard will be making his fourth appearance in this year’s playoffs.

Phillies manager Rob Thomson said that the plan is for Syndergaard to throw between three and four innings.

“I feel like I can go for as long as they’ll allow me to,” Syndergaard said. “Now is the time to empty the tank leaving nothing out.”

“He’s a big, strong guy,” Thomson said of his starter. “It’s the World Series. We’ll see how he does, see how he is. We’ll constantly communicate with him.”

McCullers Jr. will be making his first start in the World Series since 2017 when he started Game 7 against the Los Angeles Dodgers.

“Really looking forward to experiencing the crowd,” McCullers said. “I’ve heard a lot about it. I’m a really big fan of the game, and I think it will be a great moment.”

Astros manager Dusty Baker had several options regarding the starter for Game 3.

Why go with McCullers Jr.?

“This is a very big game. I figure he can keep the ball in the ballpark pretty good with his sinker and his slider,” Baker said. “He holds runners on pretty good. Which they generally try to run a lot. Plus I think he deserved it.”

The top of the Astros lineup will look to stay hot when they open Game 3.

Jose Altuve snapped out of a maddening slump with three hits and Alex Bregman hit a clutch home run in Game 2. Altuve was 4-for-37 entering the contest.

“I think this team takes a lot of pride in going out and competing every single day and showing up with a clear head and being able to flush a bad game and move on to the next one,” said Bregman, who’s playing in his fourth World Series.

The Astros won 106 games during the regular season and they’re now three wins away from another championship, which would be their second in six years (and second ever).

“In all honesty this is probably the most fun I ever had playing baseball,” Bregman said.