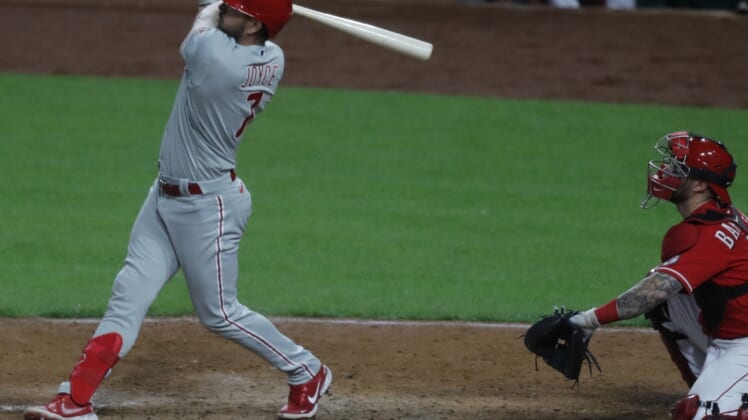 Wednesday afternoon’s game between the Philadelphia Phillies and host Cincinnati Reds has been postponed due to inclement weather.

The Phillies snapped a three-game skid and evened the three-game series with a 17-3 romp over the Reds on Tuesday. Odubel Herrera and Andrew McCutchen each belted two of Philadelphia’s seven homers in the rout.

Cincinnati returns to action on Thursday with the opener of a four-game series in St. Louis.

The Phillies are scheduled to begin an eight-game homestand on Friday with the opener of a three-game series with the Washington Nationals.