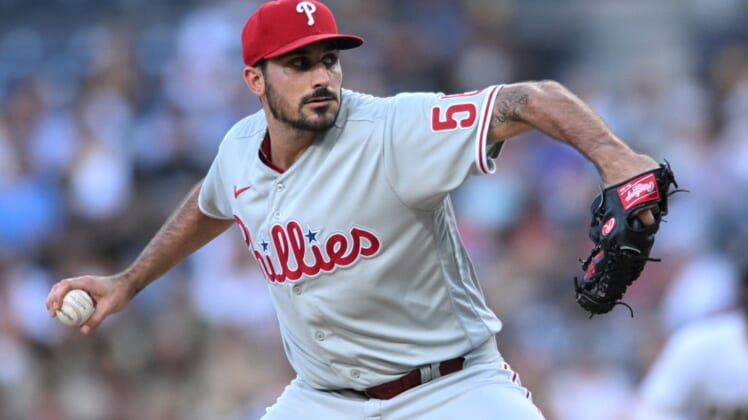 Philadelphia is being cautious with Eflin, who had surgery to repair the patellar tendon in that knee in September.

The Phillies claimed Mercado off waivers from the Cleveland Guardians on Monday.

Mercado, who was designated for assignment by Cleveland on June 21, batted .202 with four homers and 16 RBIs in 49 games this season with the Guardians.