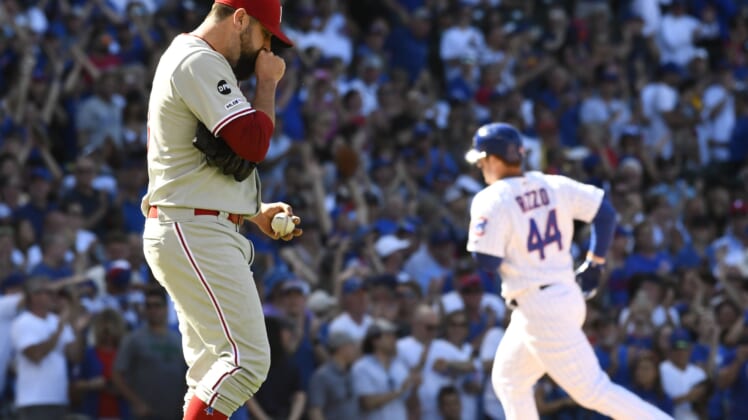 In a season where the Philadelphia Phillies continue to lose relievers to injuries, another key piece of Philadelphia’s bullpen is now headed to the 10-day injured list.

The Phillies announced that right-handed reliever Pat Neshek is headed to the injured list on Saturday with a right shoulder strain.

Neshek, who owns a 4.67 ERA and 1.33 WHIP in 17.1 innings this season, started the year well. He registered a 2.45 ERA coming into May and held a 3.24 ERA before allowing three earned runs on Thursday against the Chicago Cubs.

In Neshek’s absence, Seranthony Dominguez will likely step into a more prominent role as a set-up man to closer Hector Neris. Dominguez holds a 4.71 ERA in 21 innings this season, but has frequently shown the ability to miss bats.

Right-handed reliever J.D. Hammer will take Neshek’s place on the roster. The 24-year-old will make his MLB debut after dominating Double-A Reading with a 1.77 ERA and 26/4 K/BB ratio.