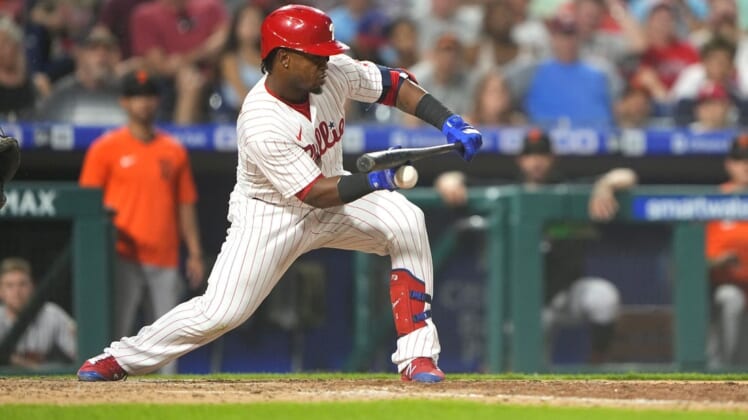 Segura was hit on the hand while attempting to bunt in the seventh inning of Tuesday’s game against the San Francisco Giants. He was scheduled for a CT scan Wednesday in order to understand the extent of the injury and develop a timetable on when he might be able to return.

Maton, 25, has 52 games of major league experience, all last season with the Phillies, playing 21 of those games (15 starts) at second. He batted .256 with two home runs and 14 RBIs for the Phillies last season and was batting .241 with five home runs and 30 RBIs in 41 games for Lehigh Valley this season.