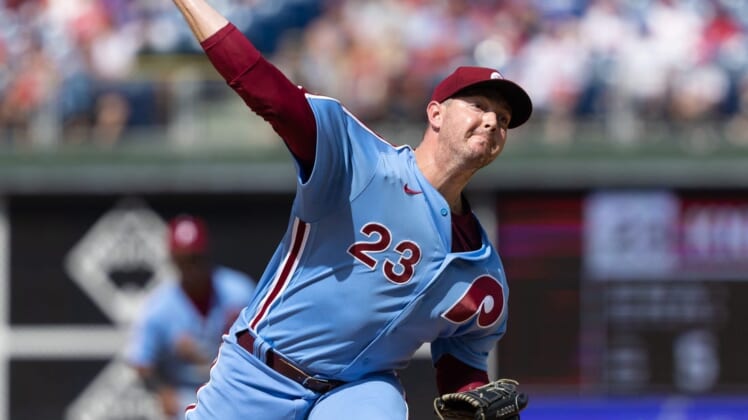 Philadelphia Phillies right-handed reliever Corey Knebel has a tear in the shoulder capsule on his pitching arm and will miss the rest of the season, The Athletic reported Sunday.

The Athletic report said Knebel plans to travel to Texas to undergo stem-cell treatment in an attempt to avoid surgery.

In other moves by the Phillies, they placed right-handed reliever Seranthony Dominguez on the 15-day injured list, retroactive to Thursday, with right triceps tendinitis. They also promoted right-hander Tyler Cyr from Triple-A Lehigh Valley.

Dominguez has nine saves this season for the Phillies, who find themselves without their top two closers as they fight for a National League wild-card spot. The 27-year-old is 6-4 with a 1.64 ERA in 46 relief appearances.

Knebel and Dominguez have combined for 21 of the team’s 32 saves this season.