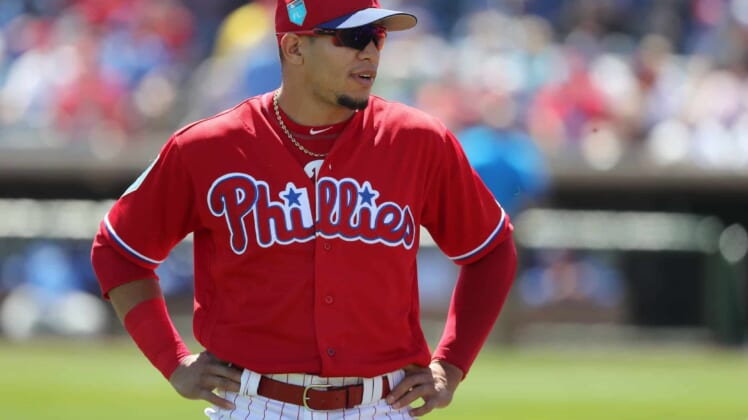 Only, instead of clearing the outfield wall, the ball bounced off near the top, and Hernandez had to settle for a single, rather than an easy double.

After the game, manager Gabe Kapler didn’t mince words, ripping Hernandez for not hustling on the play.

“Totally, totally unacceptable baserunning play,” Kapler said, per MLB.com. “It was addressed on the bench. I had a conversation with Cesar after the game. He understands it’s unacceptable. There’s no excuse for it. We have some strong veteran leaders in the clubhouse who will address it as well.”

The hit occurred when Philly needed a boost, too. Hernandez should have been the team’s first baserunner on second all game. Thankfully for him, Rhys Hoskins bailed his teammate out with a two-run blast.

Through an interpreter, Hernandez admitted that his decision was “obviously a mistake,” and based on the way he was called out by Kapler we’re betting it’s one he doesn’t make again any time soon.