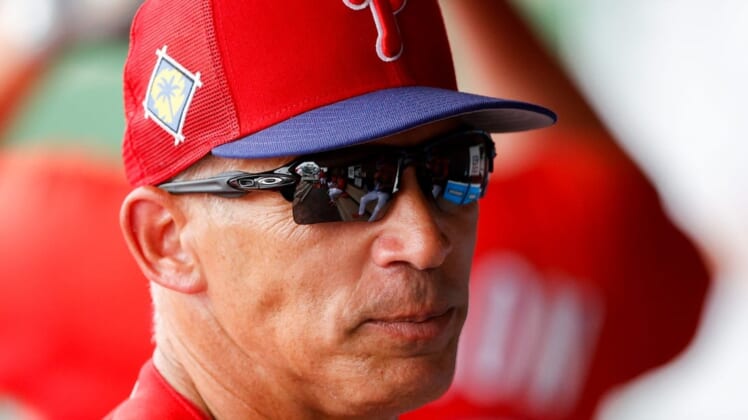 The Philadelphia Phillies fired manager Joe Girardi on Friday morning and named bench coach Rob Thomson as the interim manager for the remainder of the season.

Coaching assistant Bobby Meacham also was relieved of his duties with the Phillies, who have lost seven of their last nine games while limping to a 22-29 record this season.

“It has been a frustrating season for us up until this point, as we feel that our club has not played up to its capabilities,” said David Dombrowski, Phillies president of baseball operations. “While all of us share the responsibility for the shortcomings, I felt that a change was needed and that a new voice in the clubhouse would give us the best chance to turn things around. I believe we have a talented group that can get back on track, and I am confident that Rob, with his experience and familiarity with our club, is the right man to lead us going forward.”

Thompson, 58, becomes the 56th manager in franchise history. He has served as the club’s bench coach while also coordinating spring training for the last five seasons after being originally hired on Dec. 5, 2017.

“I am extremely excited for this opportunity and I appreciate the confidence Dave has shown in me,” Thomson said in a statement. “Having said that, this is an emotional day for me, having worked so closely with Joe for so many years. This has been my home now for the last five years and I care deeply about this franchise, this city, our players, our coaches, our staff and our fans. I am ready to lead this team and look forward to getting to work and turning this around.”