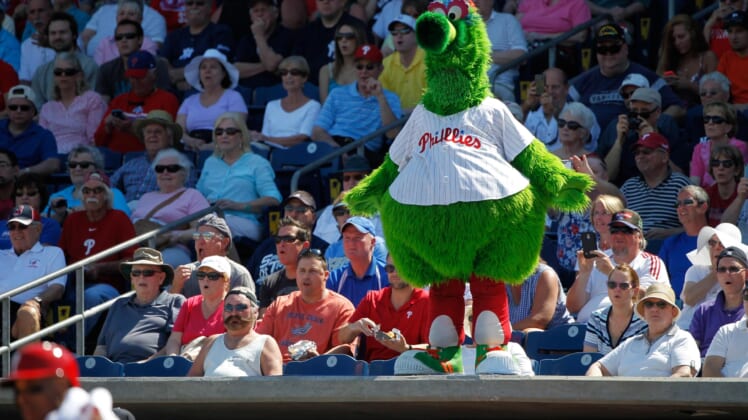 The Philadelphia Phillies had a rough series in Miami against the last-place Marlins, losing two of three. Philadelphia scored only a single run in each of the two losses.

Following Wednesday’s series finale, the Philadelphia faithful let their team have it.

You simply cannot lose a series to a bottom sweeper like Miami in September …. you just can’t !!!

I can't recall a #Phillies team as futile on offense. So pathetic all season (save an occasional game where they hit as professionals). Yet, like a car wreck, I'm strangely still watching. https://t.co/GIRcucyuDm

This #Phillies team has no level of intensity to it and they keep proving it to us time and time again.

Anytime Rhys Hoskins wants to rejoin this pennant race would be a good time.

Braves have an EPIC collapse today and do the Phillies take advantage…. pic.twitter.com/cmXf3swShg

As much fun as the #Phillies were earlier this season, they’re equally as frustrating now. #BeBold pic.twitter.com/xAdovwH9ev

At least one fan had a decent perspective.

There’s some good news and some bad news coming out of this.

The bad news is that Philadelphia had a golden opportunity to make up significant ground on the first-place Atlanta Braves, who were swept by the Boston Red Sox. The Phillies made up only one game.

The good news is that Philadelphia and Atlanta still have seven head-to-head meetings remaining. With only three games separating the teams in the standings, the NL East race is far from over.