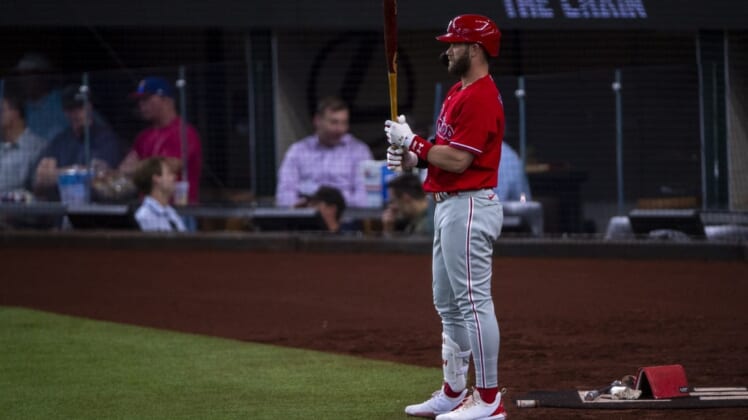 Philadelphia Phillies star Bryce Harper will report to Triple-A Lehigh Valley on Tuesday, the final step before returning to the team following recovery from a broken thumb.

Interim manager Rob Thomson told reporters Monday that Harper likely will play Tuesday through Saturday at Triple-A. If all goes well, he could return to the Phillies on Aug. 29 whey they begin a six-game western swing in Phoenix against the Arizona Diamondbacks.

The Phillies previously said an early September return for Harper was likely, and that appears on target. Whenever he arrives, the Phillies will welcome him back as they pursue their first playoff appearance since 2011.

Philadelphia enters play this week narrowly holding on to the third wild-card spot in the National League and can use the offense of Harper, who the team already has said will fill the designated hitter role.