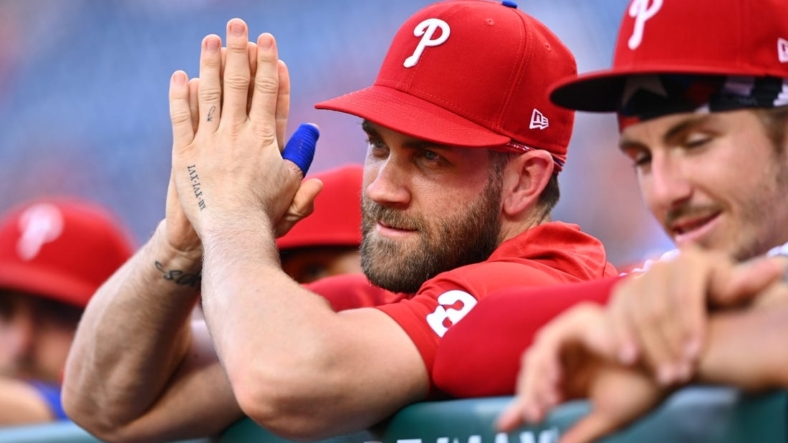 Harper had been sidelined with a broken left thumb since June 25. He will serve as the team’s designated hitter and bat fourth in the lineup for Friday’s series opener against the host Pittsburgh Pirates.

The two-time National League MVP has been making headlines on his rehab assignment at Triple-A Lehigh Valley.

After homering twice in his first contest with the IronPigs on Tuesday, Harper delivered three more hits and a walk-off double against Gwinnett on Wednesday. He is 5-for-8 with two doubles, two homers and six RBIs in two games.

Harper hit .318 with 15 homers and 48 RBIs in 64 games with Philadelphia before breaking his thumb on a pitch by San Diego starter Blake Snell on June 25.

On Friday, the Phillies optioned infielder Yairo Munoz to Lehigh Valley. They also recalled outfielder Simon Muzziotti from the IronPigs and placed him on the 60-day injured list with a partial tear of his right patellar tendon.

They also recalled left-hander Bailey Falter, who will start against the Pirates. Falter, 25, is 1-3 with a 4.40 ERA in 12 appearances (eight starts).

Munoz, 27, batted .204 with three homers and seven RBIs in 25 games this season with Philadelphia.

Muzziotti, 23, is 1-for-7 in nine games this season with the Phillies.