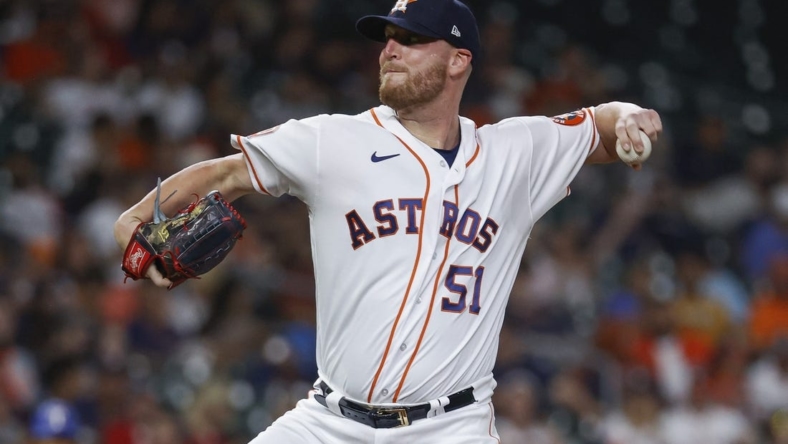 The Philadelphia Phillies and Houston Astros each announced slight personnel adjustments Friday as rosters were submitted in advance of Game 1 of the World Series.

Neither Nelson nor Maton have appeared in any of the Phillies’ 11 postseason games so far. Nelson, 26, was 3-2 with a 4.85 ERA in 47 appearances (two starts) in his third major league season. Maton, 25, batted .250 with five home runs and 17 RBIs in 34 games of his second major league season.

Smith, 33, was 0-3 with a 3.97 ERA in 65 relief appearances for the Braves and Astros this season. He had a 3.27 ERA in Houston after he was acquired at the trade deadline for Jake Odorizzi.

Smith, who hasn’t pitched since Oct. 4 in the second-to-last game of the regular season, has a career 3.59 ERA in 513 major league appearances (17 starts) for five different teams.

Smith also has 20 games of playoff experience and pitched in four games for the Braves in last season’s World Series, allowing two hits over four scoreless innings for the eventual champions.

The Phillies will send right-hander Aaron Nola to the mound in Game 1 on Friday, while the Astros will counter with right-hander Justin Verlander.