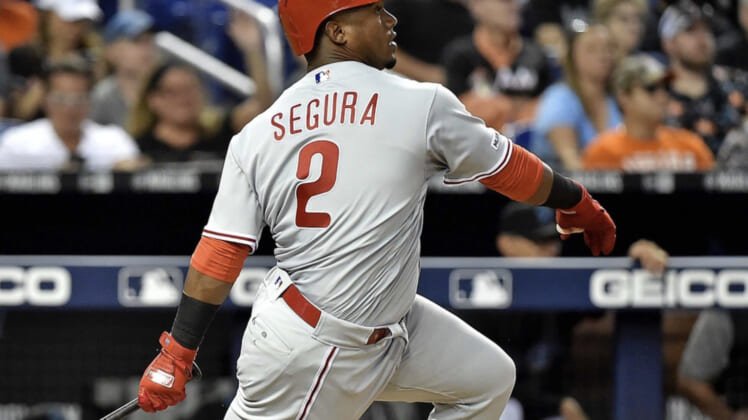 Shortstop Jean Segura has gotten off to a hot start with his new Philadelphia Phillies team this season. The two-time All-Star entered Tuesday’s action boasting a .323 average with a studly .842 OPS through 15 games.

Unfortunately, it looks like Segura might be out for some time. During Philadelphia’s 10-run first inning against the New York Mets Tuesday evening, Segura pulled up lame running out of the box.

He was removed from the game when Philadelphia’s defense took to the field.

Segura’s injury is said to be the hamstring, which can linger for a player of his ilk. There will be further updates later in the evening.

Acquired from the Seattle Mariners in a blockbuster trade this past winter, the 29-year-old Segura has posted a .300-plus average each of the past three seasons.

If this is indeed a long-term injury, it can’t be seen as a good thing for a revamped Phillies squad looking to make noise in a competitive NL East.