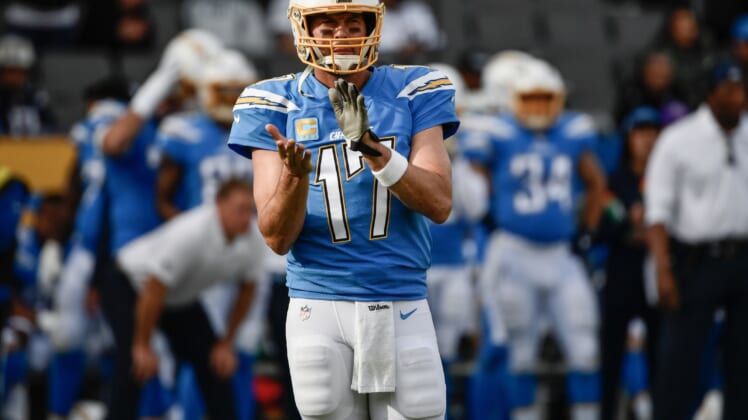 Philip Rivers has spent the past 16 seasons with the Chargers. As the veteran quarterback weighs his NFL future and settles into his new home in Florida, the Tampa Bay Buccaneers are now favorite to sign Rivers.

According to SportsBetting.ag, there is a 66.7% chance that Rivers stays in Florida and signs a deal with the Buccaneers. The Indianapolis Colts are right behind them with 33.3% odds to sign the eight-time Pro Bowl quarterback.

Speculation regarding Rivers signing with the Buccaneers intensified this offseason when he moved his family to Florida after living in San Diego since he was drafted. While the Los Angeles Chargers haven’t completely closed the door on a potential return, the front office might prioritize drafting a franchise quarterback in the 2020 NFL Draft.

The Colts are in the market for a quarterback after Jacoby Brissett failed to impress following Andrew Luck’s stunning retirement. Indianapolis has reportedly started exploring the possibility of signing Rivers and it could view him as the perfect solution to its woes.

While Rivers struggled this past season with 20 interceptions, he threw for 4,615 yards and is just a year removed from throwing 32 touchdowns with a 105.5 quarterback rating. If he lands with either the Buccaneers or Colts, both teams would become playoff contenders in 2020.