Time is now for Chargers to find Philip Rivers’ replacement 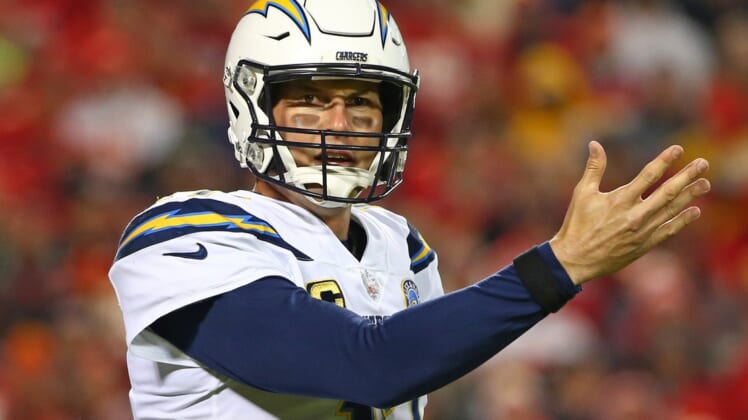 The Los Angeles Chargers have been quite fortunate to have featured one of the NFL’s top quarterbacks, Philip Rivers, the past decade and a half.

But rather than wait until Rivers declines or, god forbid, suffers an injury, the franchise must begin looking toward the future.

The big picture: Philip Rivers is no spring chicken, and the Chargers have absolutely nobody behind him currently who can take the mantle when he retires.

Meet the candidates: The Chargers currently own the No. 28 overall pick in Round 1, so it’s highly unlikely they’ll land Kyler Murray, Drew Lock or Dwayne Haskins.

Beyond football: The Chargers have another reason to ensure they have Rivers’ replacement in tow sooner, rather than later — their new digs.

The bottom line: It’s better to be early than late when it comes to drafting quarterbacks.