Philadelphia Union have score to settle at NYCFC 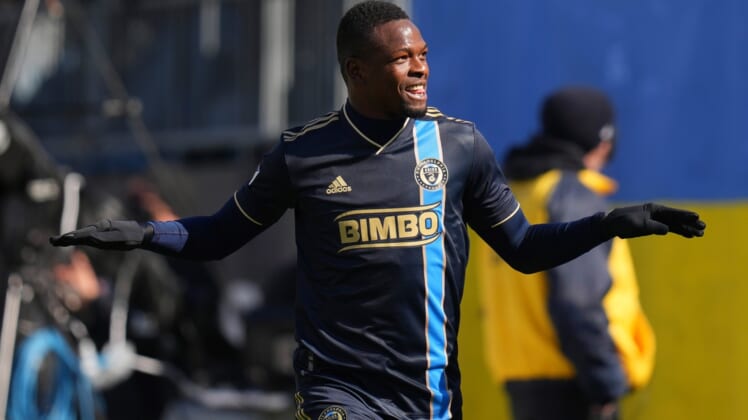 On Dec. 5, a depleted Philadelphia squad held a one-goal lead and was 27 minutes away from its first trip to the MLS Cup final. Eventually the Union lost the lead and New York City FC advanced and went on to win the title.

The Union are not necessarily thinking about what-ifs heading into Saturday’s visit to Yankee Stadium for the first 2022 meeting between the teams. They are focused on staying unbeaten in the early weeks of the new season.

Philadelphia (2-0-1, 7 points) dropped a 2-1 decision in the 2021 conference finals in a game where it was without 11 players due to a COVID-19 outbreak. The Union were forced to play without starting goalkeeper Andre Blake, defenders Jakob Glesnes and Jack Elliott along with captain Alejandro Bedoya, among others, and NYCFC scored goals in the 65th and 88th minutes.

“NYCFC are the deserved champion, no question,” Philadelphia coach Jim Curtin said. “But they also didn’t get us at our very best. It’s OK for both things to be true, you know what I mean? It’s not unfair or anything, it’s just unique.

“They’re the deserved champions, but when we played them, we were missing 11 guys. That’s just the reality. But that was last year, that moment is over and gone.”

Philadelphia is looking for its third straight victory after getting wins over CF Montreal and the San Jose Earthquakes. Last week, Daniel Gazdag scored on a penalty kick in the 58th minute after Cory Burke struck in the first half of a 2-0 victory over San Jose.

NYCFC scored their first four goals of the season and cruised to a 4-1 victory over Montreal in rainy and windy conditions. Alexander Callens started it in the seventh minute before Santiago Rodriguez, Talles Magno and Thiago Andrade also scored.

“It feels like we’re a different team here at Yankee Stadium,” NYCFC defender Malte Amundsen said. “We have some confidence, some comfort, that’s not easy to describe. Everyone loves to play here, and I think it was easy to see we were happy to be back here.”

For the second straight week, NYCFC is coming off an appearance in the CONCACAF Champions League. After getting a 3-1 win in Hartford, Conn., over Guatemala’s Comunicaciones FC last week, they advanced to the semifinals despite a 4-2 loss in Guatemala City on Tuesday on the strength of away goals as Valentin Castellanos and Magno scored.