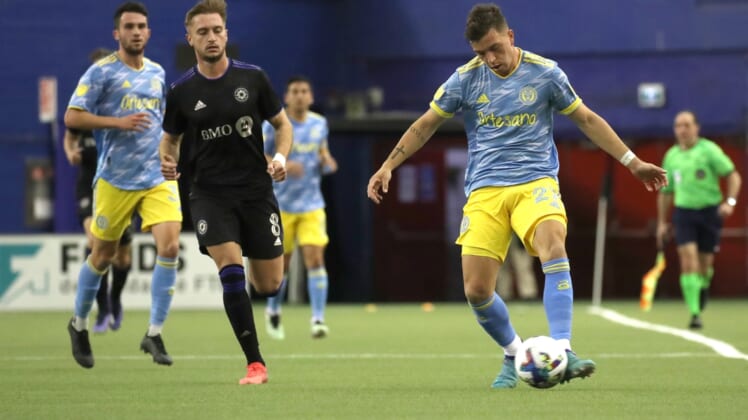 The Philadelphia Union aim to rebound from their first loss of the season when they host CF Montreal on Saturday afternoon.

The Union (5-1-1, 16 points) began a franchise-best five-match winning streak with a 2-1 victory in Montreal on March 5. Four consecutive clean sheets followed before that run of good fortune ended north of the border with a 2-1 setback at Toronto FC on Sunday.

“It’s about our response to that first loss of the season and I’m confident that this group will respond in a positive way,” Philadelphia coach Jim Curtin said.

Andre Blake saw his franchise-best 457-minute shutout streak come to a halt after surrendering a goal to Jesus Jimenez in the 39th minute on Sunday. That tally was the first allowed by Blake since Lassi Lappalainen scored for Montreal.

Daniel Gazdag, who scored in the previous match with Montreal, leads the Union with four goals on the season. He picked up an assist on Julian Carranza’s tally to open the scoring in the 34th minute versus Toronto.

Like Gadzag with Philadelphia, Djordje Mihailovic has been making his presence known in the offensive end for Montreal (3-3-1, 10 points).

Mihailovic boosted his team-leading totals in goals (four) and assists (three) with one of each in Montreal’s 2-1 victory over Vancouver last Saturday.

“Djordje Mihailovic is going to be a dark horse for MVP this year,” Johnston said. “I think we need to start that narrative early. Often in MVP voting, it’s a lot about a narrative. Djordje has all the qualities. His stats this year are unbelievable. If you just watch our games, you can see that he’s playing at a different level than anyone else on the field.”

Romell Quioto has scored a goal during each of his last three MLS matches for Montreal.