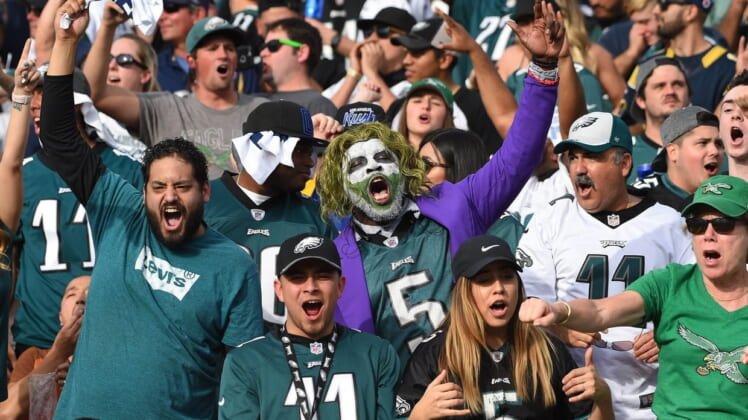 The Philadelphia Police Department is making sure that business owners near the site of Sunday’s NFC Championship Game know what might happen should the Eagles come out on top against Minnesota.

In fact, authorities are warning of what could be an unruly scene should Philly punch its ticket for the Super Bowl. Among other things, the department is asking business owners who are not open that day to set up precautions in case of potential looting. It’s also demanding that bars refrain from allowing patrons to leave their establishments with open containers of alcohol.

The warning itself is pretty ominous.

We’ve seen cities get completely out of hand after one of their teams wins a championship. It’s been a continual theme throughout the United States. And a potential Eagles win in Philadelphia brings this to a whole new level.

The hope here is that Philadelphia avoids any serious problems, whether the Eagles win or lose on Sunday. But authorities are surely planning for it to get out of control.