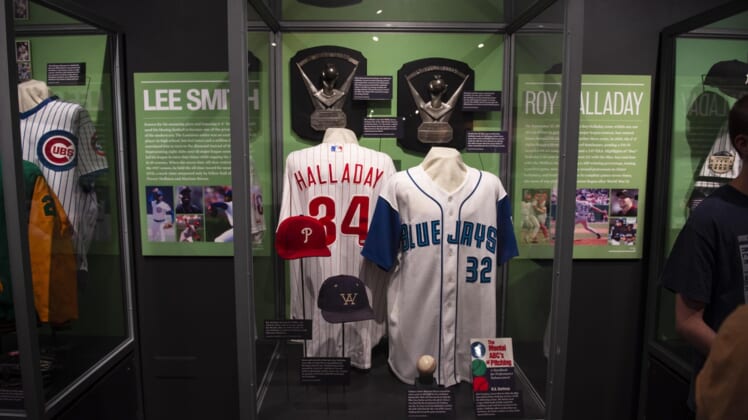 The Philadelphia Phillies finally retire pitcher Roy Halladay’s No. 34 jersey in a ceremony Aug. 8 before they host the New York Mets in a Sunday matinee.

The franchise planned to honor the late pitcher in May 2020, on the 10th anniversary of his perfect game. When the start of last season was delayed until July due to the COVID-19 pandemic, the Phillies delayed the ceremony until fans could attend.

Halladay died in 2017 when a plane he was piloting crashed into the Gulf of Mexico. He was inducted into the Baseball Hall of Fame in 2019.

Former Phillies teammates Raul Ibanez and Carlos Ruiz — who caught Halladay’s 2010 perfect game — will participate in the ceremony, which the team scheduled to coincide with its Wall of Fame weekend. Former team president/chief executive officer David Montgomery and ex-infielder Manny Trillo will be recognized on Aug. 6 and Aug. 7, respectively.

Halladay spent 12 of his 16 major league seasons with the Toronto Blue Jays and the final four with Philadelphia. The lefty won the National League Cy Young Award in 2010 and pitched a no-hitter in his first postseason appearance with the Phillies that October.