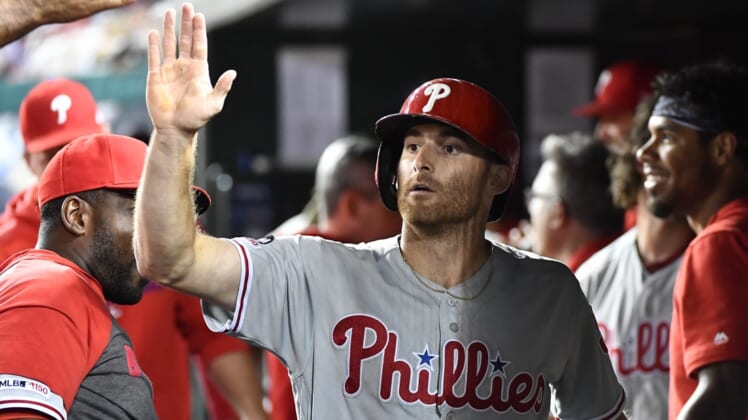 Miller, 31, spent part of the 2019 season with the Phillies before playing for the St. Louis Cardinals in 2020.

From Sept. 21-29, 2019, he became the first player in Phillies history with three multi-homer games in a span of nine days.

Miller primarily played third base and left field when he was with Philadelphia, although he has played most often in his career at shortstop (351 starts), second base (133) and first base (71).

To make room for Miller on the 40-man roster, right-hander Seranthony Dominguez was placed on the 60-day injured list as he continues his recovery from Tommy John surgery.