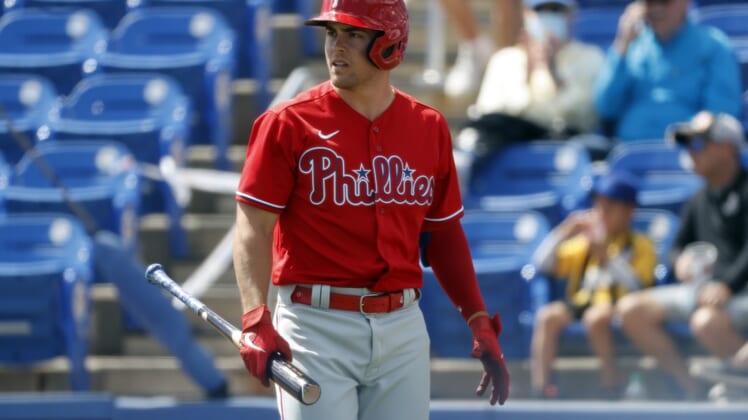 The Philadelphia Phillies optioned infielder/outfielder Scott Kingery to the minors Sunday. He struggled this spring, batting .159 (7 for 44) with one home run, three RBIs and 19 strikeouts in 15 games.

Defensively, Kingery has started 113 games at shortstop, 74 in the outfield, 45 at third base and 33 at second base.

The Phillies open the season Thursday at home against the Atlanta Braves.