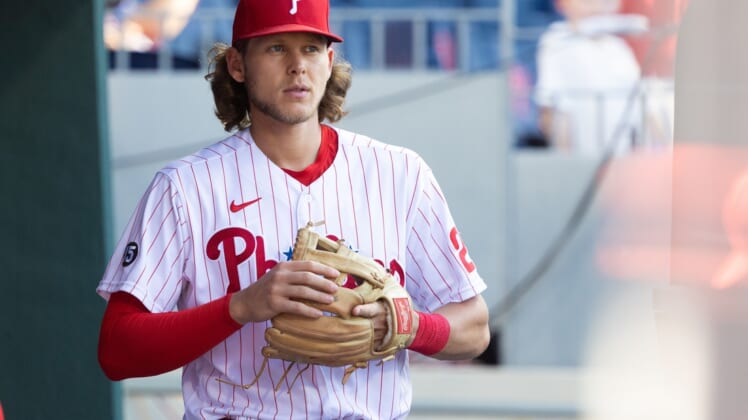 Nola, 28, had been scheduled to start Sunday afternoon’s contest in Boston, the Phillies’ final game before the All-Star break.

Bohm, 24, is batting .243 with six homers and 41 RBIs in 85 games in his second season with the Phillies. He played seven innings in Philadelphia’s 11-2 win against the Red Sox on Saturday before leaving the game, which manager Joe Girardi later said was related to COVID-19 protocols.

Brogdon, 26, is 5-2 with one save and a 4.19 ERA in 37 appearances out of the bullpen in his second season with Philadelphia.