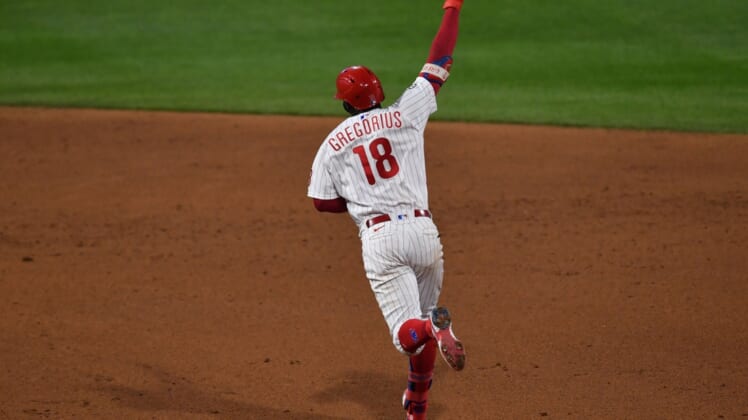 The Philadelphia Phillies placed shortstop Didi Gregorius on the 10-day injured list on Tuesday with a right elbow impingement.

In a series of moves, the team also put infielder/outfielder Scott Kingery on the seven-day concussion IL, reinstated right-hander Archie Bradley and infielder Ronald Torreyes from the IL, and transferred left-hander JoJo Romero (elbow) to the 60-day IL.

Gregorius originally sustained the injury when he landed hard on his right arm while pursuing a pop-up in shallow center field on April 16 against the St. Louis Cardinals. He has not played since May 12.

Kingery, 27, exited Sunday’s game against the Toronto Blue Jays in the sixth inning after experiencing dizziness. He is hitting just .053 (1-for-19) with 12 strikeouts in 15 games.

Bradley, 28, pitched in four games out of the Philadelphia bullpen before being shut down with an oblique injury on April 11. He allowed two runs on four hits with three strikeouts in three innings.