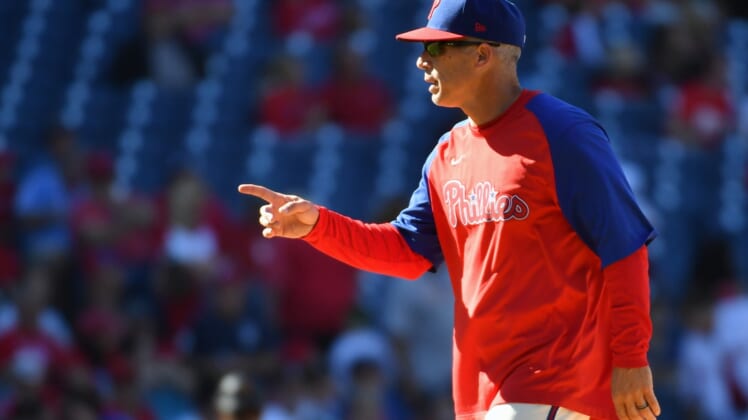 Joe Girardi will return to the Philadelphia Phillies in 2022, as the veteran manager received a vote of confidence from president of baseball operations Dave Dombrowski on Friday.

“I think he’s done a good job,” Dombrowski said, according to MLB.com. “I actually talked to him (Thursday) after the game. I said Joe, ‘You did a good job.’

“The way I look at it is, the manager’s job is very tough. They get second-guessed all the time. That comes with the territory. But I enjoy working with him. He’s a good baseball man. He’s smart. He’s a good person. He works hard. He’s very conscientious.

“Our team didn’t quit. If you would say, ‘Well, where do you start with the positives?’ I’d say we showed great resiliency all year long.”

The Phillies defeated the Miami Marlins on Friday to improve to 82-78, although they were eliminated from postseason contention with their Thursday loss to the Atlanta Braves.

Philadelphia has not made the playoffs since 2011.

This year’s squad has an MVP candidate in Bryce Harper and a Cy Young Award contender in Zack Wheeler, but Girardi has struggled to find many consistent performers beyond those two standouts.

Girardi led New York to the World Series title in 2009, defeating the Phillies in six games.