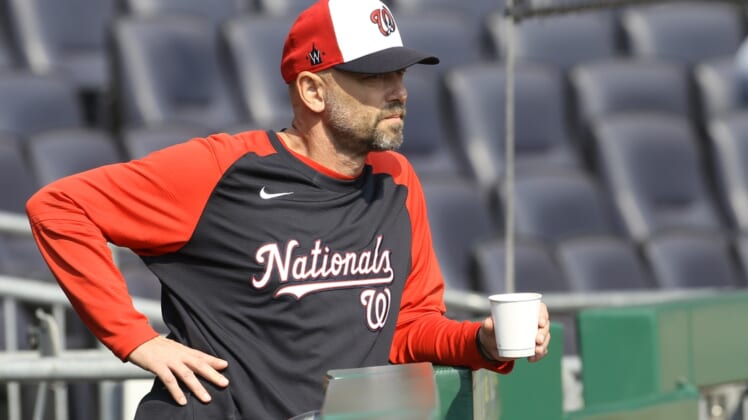 Philadelphia Phillies manager Joe Girardi will revisit his past after the club hired Kevin Long on Monday as the team’s new hitting coach, multiple outlets reported.

Long, whose contract as hitting coach with the Washington Nationals ran out at the end of the 2021 season, held the same position for the New York Yankees under Girardi from 2007-14.

Girardi and Long helped the Yankees defeat the Phillies in the 2009 World Series.

The move to hire Long comes after the Phillies fired Joe Dillon after two seasons on the job.

Girardi’s reunion with Long comes less than four months after the two appeared to exchange words from across the field during an incident between the Phillies and Nationals on June 21. Girardi had asked umpires for a more thorough foreign substance check that day on Nationals ace Max Scherzer.

The Phillies were 82-80 this past season and finished second in the National League East. The club also finished eight games out of the second wild card in the NL.

Philadelphia was ninth in the NL with a .240 batting average, while going eighth with a .408 slugging percentage.