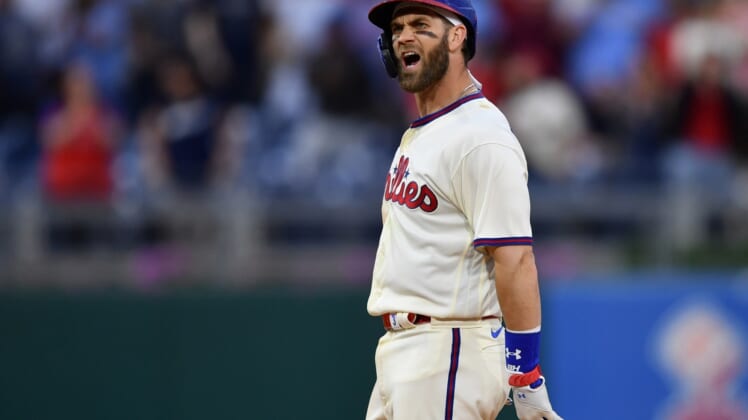 Harper struck out swinging to lead off the fourth and appeared to be in slight discomfort as he returned to the dugout. He did not return to field in the bottom of the inning, with Luke Williams moving into his outfield spot and Ronald Torreyes replacing Williams at shortstop.

Harper was 0-for-2 in Tuesday’s game against Dodgers left-hander Julio Urias, but had two hits and Philadelphia’s only RBI on Monday in the series opener. He collected six hits in his previous three games and is batting .274 this season with eight home runs and 18 RBIs in 47 games.