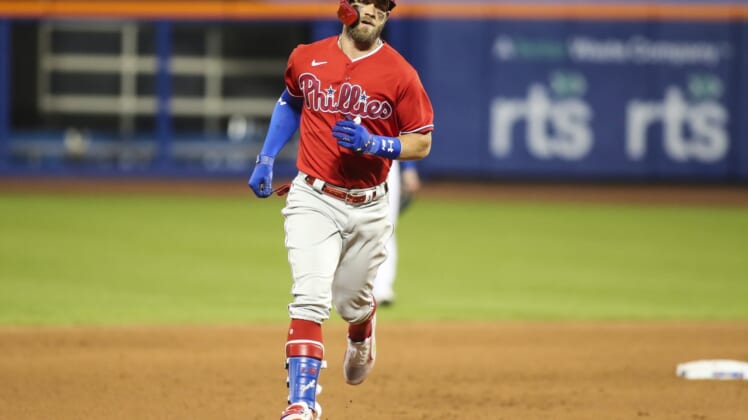 Philadelphia Phillies right fielder Bryce Harper was back in the starting lineup for Monday’s road game against the Cincinnati Reds.

Harper sat out Sunday’s 4-2 victory over the New York Mets due to left calf soreness. He was hit in the calf by a pitch from New York Mets ace Jacob deGrom one day earlier.

Harper was batting fourth and playing right field on Monday.

The six-time All-Star is batting .272 with 11 homers and 21 RBIs in 55 games this season. He has slugged three homers over his last five contests. Oddly, all 11 of his home runs this season have been solo shots.