The Philadelphia Phillies are closing in on making a trade that could give them the high-level closer they were missing in their improbable run to the World Series last season.

The Phillies stunned the baseball world in 2022 when they reached the MLB playoffs in the final week of the season. And then upset division champions in the Cardinals and Braves en route to shockingly reaching the World Series. While they fell to the Houston Astros in six games, there are big expectations for the team in 2023.

They don’t have tons of roster flexibility, nevertheless, the Philadelphia Phillies made a major splash in MLB free agency when they signed All-Star shortstop Trea Turner to an 11-year, $300 million deal. The move filled up one weakness on the roster, and it seems the organization is close to filling second with another All-Star.

The deal for Soto would also include the Phillies getting utility infielder Kody Clemens. In return, the Phils would send the Tigers starting right fielder Nick Maton, backup outfielder Matt Vierling, and Donny Sands — a top-25 prospect in their system (via MLB.com).

Soto is a major get for Philadelphia. Throughout the season and into the playoffs, the team never had an established closer. Fortunately for them, it didn’t hamper their chances of nearly winning a championship in 2022. However, their chances of doing that for two straight seasons were highly unlikely. 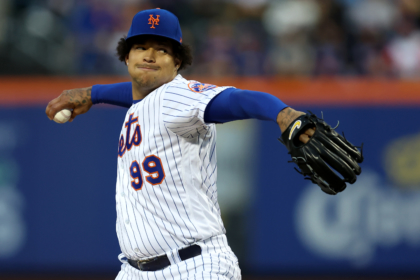 Now, with Gregory Soto anchoring their bullpen, other relievers can slot down in their roles and the team has a reliable go-to late in games after struggling to find a consistent option all of last year.

During his four seasons in Detroit, Soto has a 4.13 ERA and 50 saves. He has taken his game to another level the last two seasons as he earned All-Star honors in ’21 and ’22 and peaked with 30 saves last year.