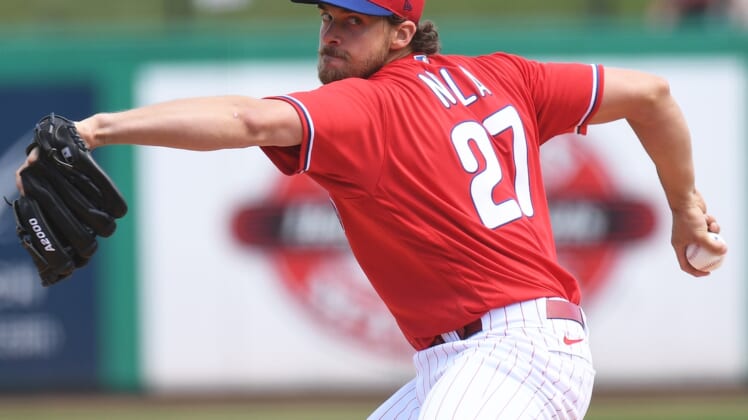 The Phillies’ season opener is April 1 against the visiting Atlanta Braves at Citizens Bank Park.

Nola signed a four-year, $45 million extension with the Phillies in 2019 and will earn a base salary of $11.75 million this season.