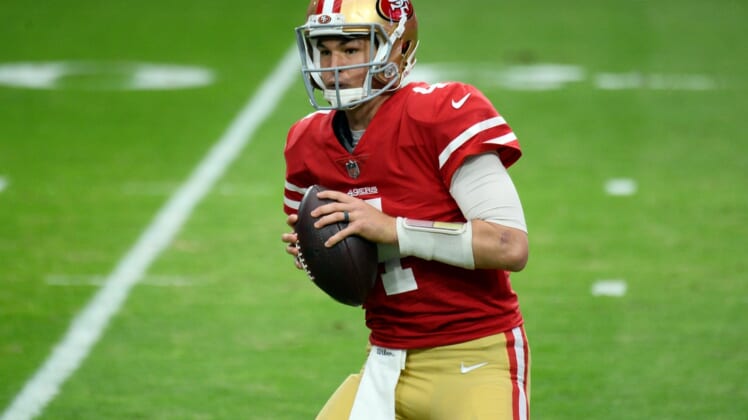 Mullens slides in as the No. 3 QB in Philly behind starter Jalen Hurts and veteran Joe Flacco.

Mullens played the past three seasons in San Francisco but hit free agency after the team declined to tender him in March.

Mullens started eight games for the 49ers last season in relief of Jimmy Garoppolo, who battled injuries much of the season. Mullens completed 64.7 percent of his passes for 2,437 yards, 12 touchdowns and 12 interceptions.