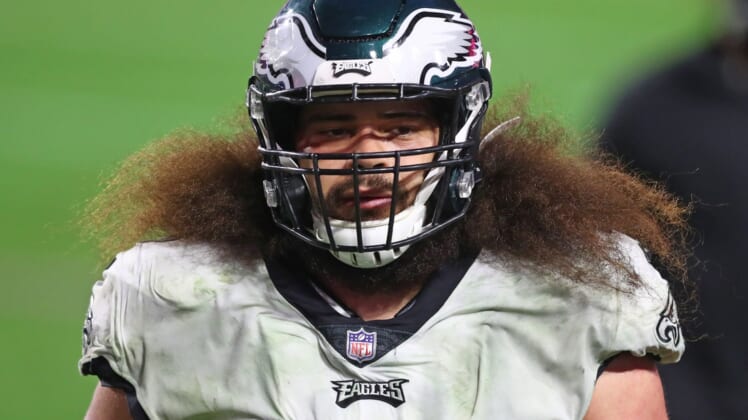 The Philadelphia Eagles restructured the contract of left guard Isaac Seumalo to save $2.4 million against the cap, NFL Network reported Wednesday.

He was selected by the Eagles in the third round of the 2016 NFL Draft and has played in 61 games (40 starts).

Seumalo signed a three-year extension with the club in March 2019.