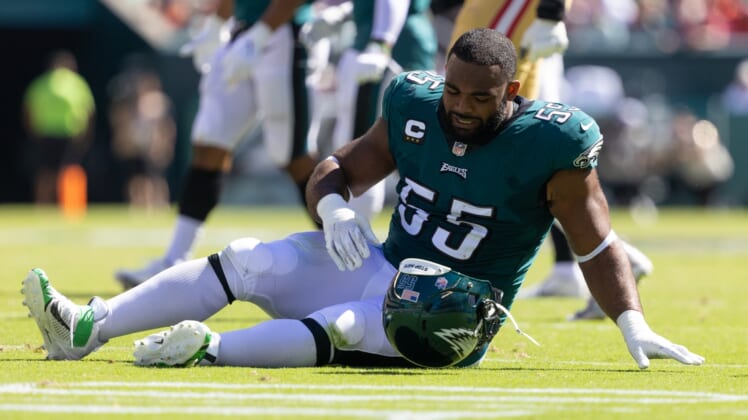 Graham will miss the remainder of the season after sustaining a torn Achilles during the first half of Philadelphia’s 17-11 loss to the San Francisco 49ers on Sunday.

Veteran Ryan Kerrigan likely will see more playing time in place of the injured Graham, who has been a mainstay on a defensive line riddled with injuries the past two seasons.

Brooks sustained a pectoral injury in the loss to the 49ers.

Brooks, 32, had started every game for the Eagles from 2017-2019, earning Pro Bowl honors each season. He has started 108 of 114 games he’s played in since being taken in the third round of the 2012 draft by the Houston Texans.

Rookie lineman Landon Dickerson likely will get the start for the Eagles (1-1) on Monday against the Dallas Cowboys (1-1).

Anderson was a seventh-round pick of the Bills in the 2021 NFL Draft.