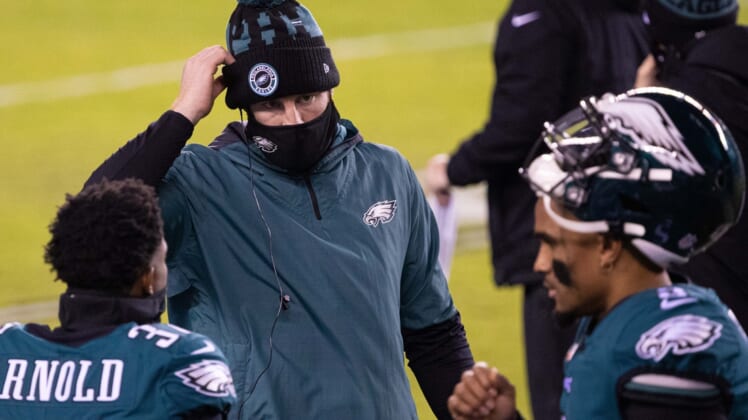 Availability was the issue with Carson Wentz when it came time for the Philadelphia Eagles to chart their future late in 2020.

Eagles executive vice president and general manager Howie Roseman revealed in a radio interview Wednesday that durability was the chief complaint about the No. 2 overall pick in 2016.

“We loved Carson,” Roseman told Sports Radio 94 WIP in Philadelphia of Wentz, who was benched in favor of Jalen Hurts for the final month of last season — then traded to the Indianapolis Colts.

“But we played four playoff games and we needed our backup in every one.”

Hurts is the starter to open the 2021 season under new head coach Nick Sirianni. Wentz is expected to be ready to go for Week 1 in Indianapolis following a training camp foot surgery.

Roseman all but closed the door on trading for Houston Texans quarterback Deshaun Watson after Sirianni named Hurts the Eagles’ starter for the opener against the Atlanta Falcons. 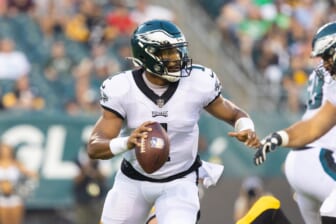 “He can play, and he can win,” Roseman said of Hurts.

After tearing his ACL in the final month of the 2017 regular season, Wentz missed the Eagles’ playoff run to the first Super Bowl victory in franchise history which was guided by Nick Foles. In 2019, he was forced to leave the Eagles’ wildcard playoff game with a head injury in the first quarter.

Colts head coach Frank Reich is intimately familiar with that history, having served as quarterbacks coach of the Eagles prior to being hired in Indianapolis.

Reich was relatively pointed in his comments on Wentz leading the team after the quarterback admitted he is unvaccinated, leading to a multiple-day absence that again called into question his availability.

“The franchise quarterback is a critically important position,” Reich said. “It’s without question a leadership position. As far as that goes, I would just say Carson, in many ways, is an exemplary leader. Are any of us the perfect leader? I don’t know. I don’t think so. We all have holes in our game somewhere and we’re all trying to get better and we’re all trying to learn. I’m trying to learn as a leader.”