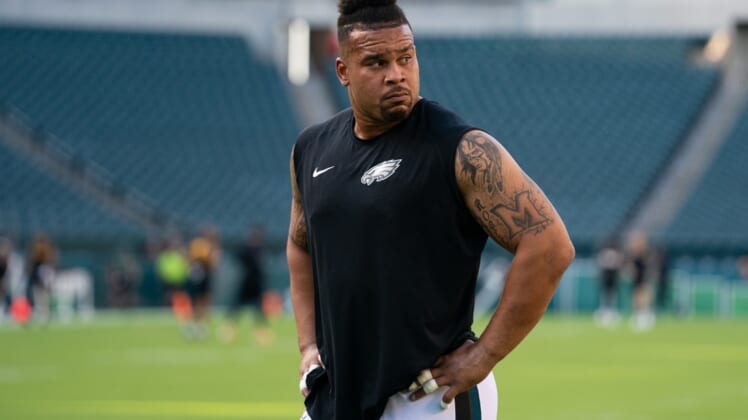 The team feared the muscle was torn, which would have ended his season. He’ll have to miss at least three weeks on IR.

Head coach Nick Sirianni confirmed the injury on Monday along with a status report on Brandon Graham.

The Pro Bowl defensive end is done for the season after rupturing his left Achilles during Sunday’s loss to the San Francisco 49ers.

Brooks, 32, who has been a mainstay on an offensive line riddled with injuries the past two seasons, was injured on the first play of the second quarter and didn’t return.

Graham suffered his injury late in the first half.

Brooks had started every game for the Eagles the past three seasons, earning Pro Bowl honors each season. He has started 108 of 114 games he’s played in since being taken in the third round of the 2012 draft by the Houston Texans.

Linebacker Davion Taylor is day-to-day with a calf injury.