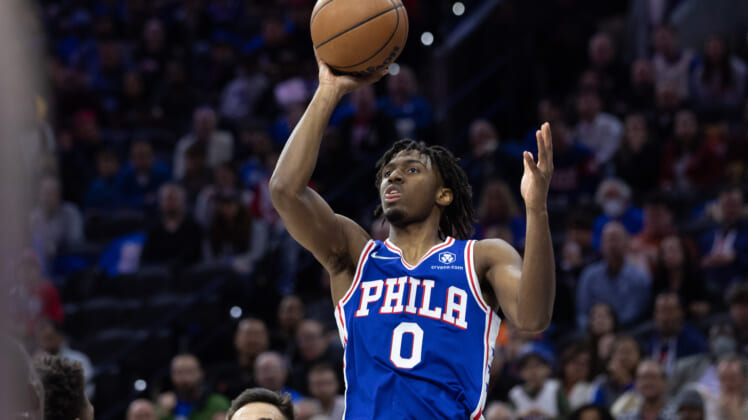 If Philadelphia 76ers general manager Daryl Morey does intend on finding another star player to combine with Joel Embiid and James Harden, it seems he won’t be willing to part with Tyrese Maxey to do so.

Following the 76ers’ surprising second-round elimination by the Miami Heat in the 2022 NBA playoffs, the rumor mill surrounding the team started to rev up. Observers of the sport started to speculate about James Harden’s future on the team after his disappointing performance in the team’s Game 6 loss, as well as where players like Tobias Harris and Maxey stand.

One notable report claimed that the 76ers GM had designs on bringing another star player to Philadelphia. And that Harris and Maxey would be very valuable chips the organization could use to acquire such a talent. However, a new report claims that the quickly improving 21-year-old will likely be unavailable in a trade during the 2022 NBA offseason.

Earlier this week, Philly Voice NBA writer Kyle Neubeck wrote about Morey’s goal to try and improve the team, and how sources told the outlet that Maxey would be off-limits in possible trade scenarios.

“Already this offseason, we’ve heard some ‘star hunting’ type rumors regarding the Sixers, and I’m not here to tell you that they’re out of the star business in general,” Neubeck wrote. “If Morey thinks their path to contention rests on acquiring another big-name guy, he will figure out whatever needs to be done in order to get that guy in the building. Is he going to use Tyrese Maxey to make that happen? The signs point to no. ‘Maxey is as close to untouchable as you could be,’ a source told PhillyVoice over the weekend.”

In his second year in the league, the 2020 first-round pick had a major development leap forward. He doubled his points per game total from the previous year with 17.5 per and became a major factor from the three-point line when he improved his percentage from the arc by 12 points to 42.7%. 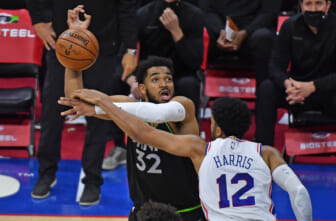 The Philadelphia 76ers currently have the eighth-highest payroll heading into the 2022-2023 season, meaning they won’t be able to sign a notable free agent this summer. Veteran Danny Green tore his ACL in Game 6 of their series against the Heat and is virtually untradable if they pick up his option for next season.

Leaving Harris and future draft picks as the only worthwhile trade pieces the franchise will have this offseason if Morey holds firm on keeping Maxey.