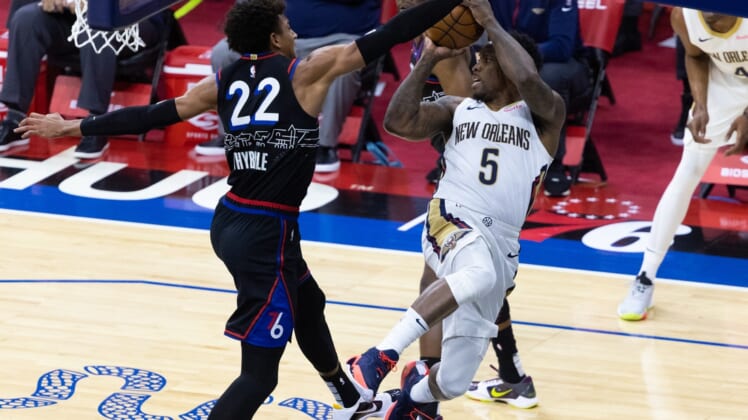 Joel Embiid had 37 points and 13 rebounds and the host Philadelphia 76ers held on for a 109-107 victory over the short-handed New Orleans Pelicans on Friday.

The Pelicans turned the ball over in the final few seconds down by two. 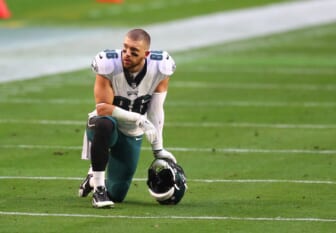 Also Read:
Philadelphia Eagles star Zach Ertz very likely to be off the roster by Week 1

The Pelicans stayed close and trailed only 48-46 after Jaxson Hayes led an 11-0 run with 5:01 left in the second quarter.

Curry hit his third straight 3-pointer to help the Sixers extend their lead to 55-47 with 3:31 left in the second.

Embiid scored 23 points as the Sixers led 70-54 at halftime. Hayes led the Pelicans with 19.

Embiid continued his stellar play with 10 early points in the third for an 80-69 Sixers advantage.

The Pelicans’ scrappy defense helped them get within 84-80 after Ball hit a trey with 4:15 remaining in the third.

The Pelicans outscored the Sixers 37-18 and pulled ahead 91-88 at the end of the third.

Harris dropped in a 3-pointer from the wing, but the Sixers still trailed 101-100 with 7:17 left in the game. On their next possession, Harris drove to the basket and scored as the Sixers went back ahead by one.

Embiid made two free throws and Harris connected on a trey from the corner for a 109-107 Sixers advantage with 1:10 to go.