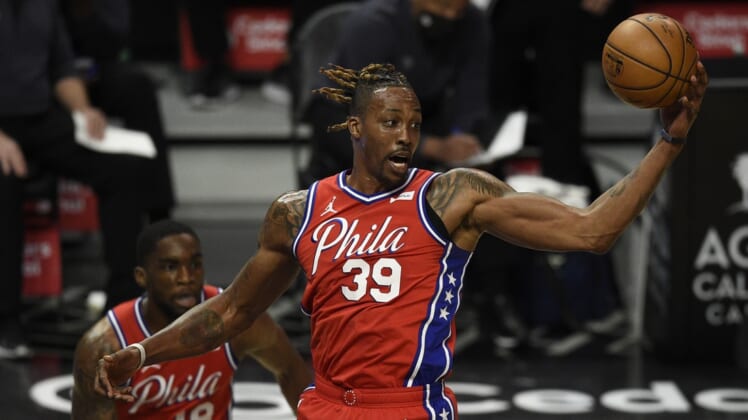 The Philadelphia 76ers will aim to avert matching a season-high losing streak on Thursday night when they conclude their six-game trip against the Cleveland Cavaliers.

The 76ers answered Saturday’s 122-112 setback to the Los Angeles Clippers with a 104-95 defeat at Denver three nights later for their two-game skid. Philadelphia has lost three in a row on two occasions, from Jan. 7-11 and Feb. 11-15.

“We just did not perform well,” 76ers coach Doc Rivers said after the loss to the Nuggets on Tuesday. “Not a lot of excuses; we just didn’t. There’s so many areas where we were bad. For me to try to point out one would be unfair to the other bad areas. We just had an awful game.”

The 76ers fell to 6-3 without four-time All-Star center Joel Embiid, who has been sidelined with a bone bruise in his left knee. Rivers said Embiid is “close” to returning, however, the coach didn’t narrow the timetable.

In Embiid’s absence, Philadelphia’s carousel at the starting center position has shifted from the since-traded Tony Bradley to actual forward Mike Scott to Dwight Howard. The 35-year-old Howard recorded 10 points and seven rebounds against Denver.

“We can’t use that as an excuse. He’s not here,” Rivers said of losing back-to-back games without Embiid to fall to 3-2 on the road trip.

“I’m not going to let our guys use that as an excuse. We have a chance to go plus-.500 on a road trip without Joel. That’s what we should be focused on. Not that we lost two without Joel.”

Ben Simmons recorded 11 points and only two rebounds on Tuesday. His 24 points in a 112-109 overtime loss to the Cavaliers on Feb. 27 were second only on the team to Embiid’s 42.

Cleveland dropped the final three games of its recent four-game trip, including a lackluster 114-75 decision at the Utah Jazz on Monday.

Despite the lopsided loss, Cavaliers coach J.B. Bickerstaff put a positive spin on what he saw from the trek.

“I think individuals have taken steps,” Bickerstaff said. “They’ve taken vocal steps and leadership, and for the most part, our guys competed and gave it what they had. You respect that, and we build from that moving forward.”

Isaiah Hartenstein, acquired from the Nuggets last week, started and collected team-high totals in rebounds (14) and assists (seven) to go with five points against the Jazz.