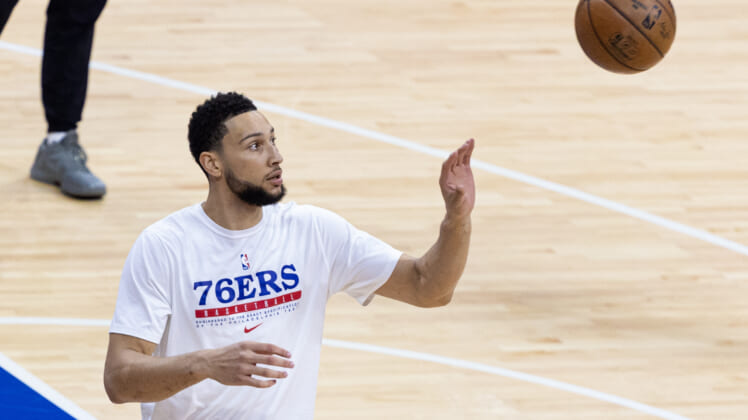 The Philadelphia 76ers and All-Star guard Ben Simmons are working towards a return, that could bring the franchise’s lead guard back for the start of the 2021-’22 NBA season.

Long the subject of trade rumors, Simmons demanded a trade this summer and planned to never play for the franchise again. Even after $8.2 million was withheld by the team when he didn’t report to training camp, there was some belief the three-time All-Star selection would rather sit out the year than play for Philadelphia.

But with NBA Opening Night drawing closer, things have changed. According to ESPN’s Adrian Wojnarowski, 76ers’ officials and Simmons’ agent Rich Paul are making progress on a resolution that would lead to his return to the team. 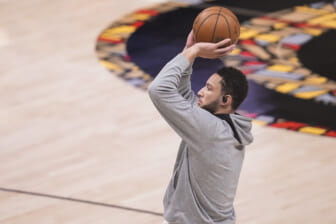 The plan, per ESPN, would still result in the 76ers shopping Simmons around the league to find the right trade partner. But he would return to the court, filling the void at point guard and likely helping Philadelphia compete for a championship as long as he’s on the roster.

While a resolution is certainly best for both parties, Simmons returning to Philadelphia could create the need for more resolutions considering the developments this summer.

The drama between Simmons and the 76ers came after he fell short in the playoffs, passing up open shots and costing his team in the series against the Atlanta Hawks. Since then, leaks from within Philadelphia have painted a picture of the current situation.

After defending Simmons for months, head coach Doc Rivers raised doubt about whether or not he could be a championship-caliber point guard. Weeks after, details came out about the fractured relationship between Simmons and Rivers.

Originally, there seemed to be no issue between Simmons and his teammates. Joel Embiid came to his teammate’s defense, shouldering the blame for the 76ers not winning a championship. But when Embiid, Tobias Harris and Matisse Thybulle wanted to visit Simmons for a meeting in Los Angeles, he broke off communication with everyone.

As the situation unraveled, reports surfaced that Simmons was done playing with Embiid. When that got back to Embiid, he fired back by saying the 76ers have always catered to Simmons.

Needless to say, several closed-door meetings will need to be held if Simmons returns before this team hits the court.