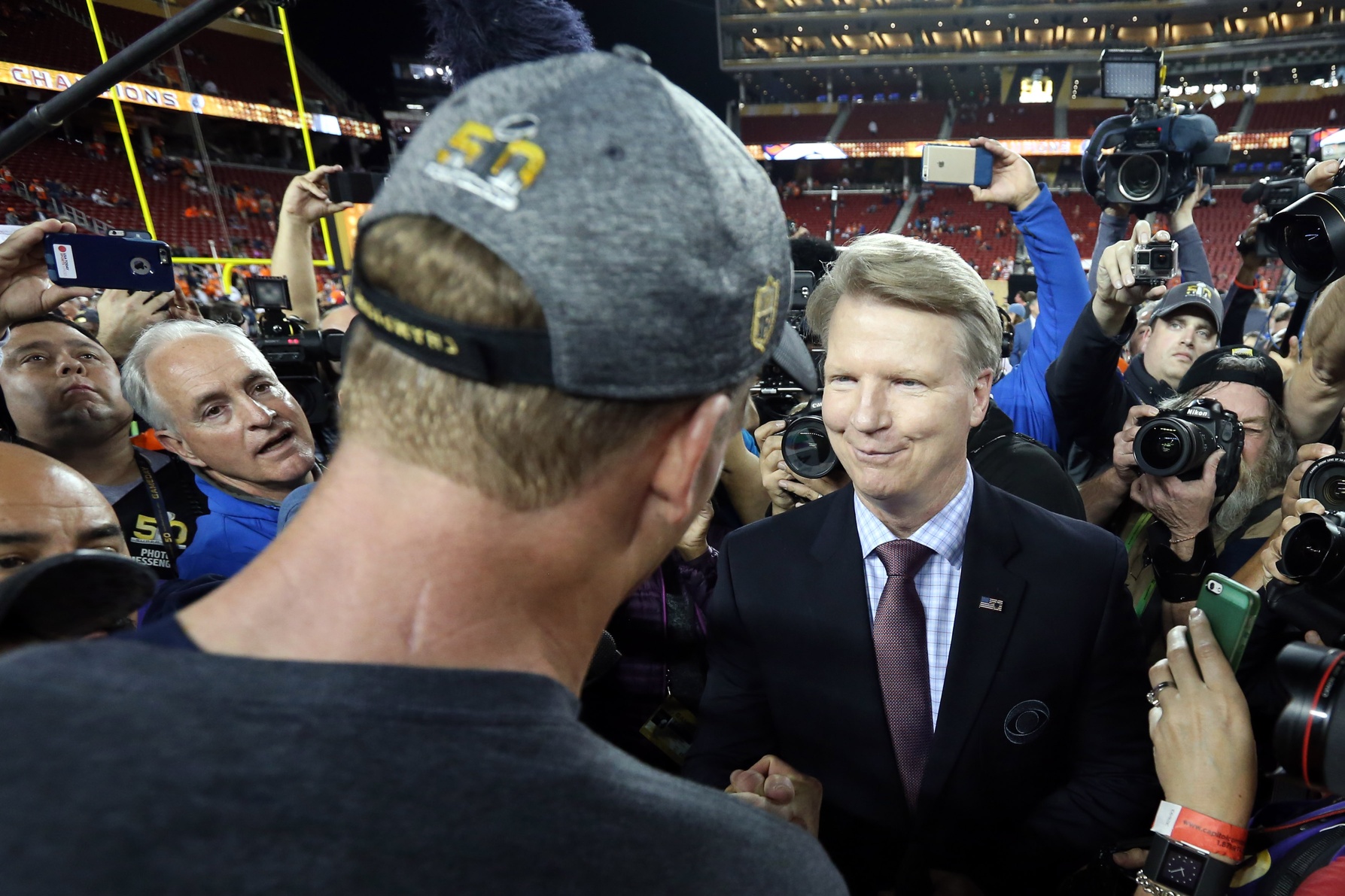 “I am not done,” he wrote to Gary Meyers of the New York Daily News in a text message.

Reportedly, Simms felt blindsided by CBS’ decision to replace him with Romo without giving him a proper heads up about the entire arrangement. His son, Chris Simms, communicated this during a Bleacher Report podcast.

“He’s good. If there’s anything he is a little disappointed in, is that they didn’t talk to him right away and warned him this was happening,” Simms said on the “Lefkoe & Simms” podcast. “That’s not what you do for a good, hard-working employee who’s been with you 20 years and the face of your football station. From that, it probably does hurt.”

It is worth noting that this move was in the works, should Romo opt for retirement, for weeks before it actually came to fruition. So it’s not as if Simms was completely blindsided by it.

While opinions are likely split on whether Romo can be an improvement over Simms in CBS’ broadcast booth next to Jim Nantz, some in the industry aren’t pleased whatsoever about the move.

The Super Bowl champ will certainly have other opportunities to work if he doesn’t stay on at CBS, where he is still under contract.