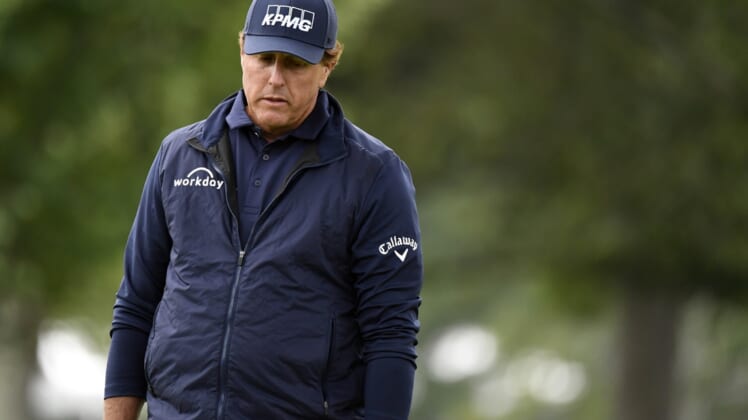 Phil Mickelson continues to say he would like to make the U.S. Open field on his own merits, although he did not close the door on taking a special exemption this year if it came to it, ESPN reported Thursday.

This year’s U.S. Open is in Mickelson’s hometown of San Diego on Torrey Pines’ South Course. Mickelson, who still needs a U.S. Open victory to complete a career grand slam, is not currently qualified for this year’s June 17-20 event.

“I don’t know; I just don’t know the answer to that right now,” the six-time U.S. Open runner-up told ESPN on Friday when asked if he would take a special exemption.

The 44-time winner on the PGA Tour plans to attempt to qualify one more time on June 7 after the Memorial Tournament at Murfield Village in Dublin, Ohio. There are nine last-chance qualifiers scheduled June 7 including Columbus and Springfield, Ohio sites.

He can also qualify by being in the top 60 in the world rankings by early June, but he is currently 113th and has shown no signs that he is likely to make a charge up the list.

Mickelson, 50, also said he would not take a special exemption to last year’s U.S. Open.

Mickelson was correct. He did get in the tournament, but it took a revamped qualification process for it to happen. Mickelson made it in the field after the USGA went to an all-exempt plan because of the COVID-19 pandemic.

His 2020 appearance was not triumphant. At Winged Foot Golf Club in Mamaroneck, N.Y., Mickelson was 13-over par after two rounds and did not make the cut. Bryson DeChambeau won the event at 6 under.