Phil Mickelson to play ToC for first time in 21 years 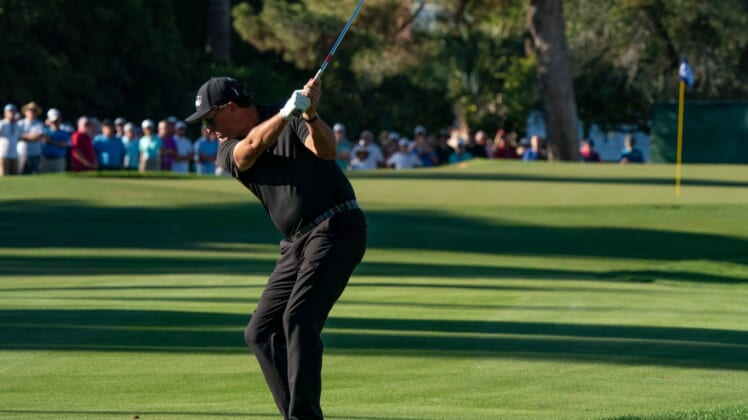 After a 21-year absence, Phil Mickelson will once again play in the Sentry Tournament of Champions, the event announced Wednesday.

The annual tournament at Kapalua, Hawaii, scheduled next month for Jan. 6-9, features only winners on the PGA Tour from the prior year.

Mickelson won the tournament, then known as the Mercedes Championships, in 1994 and 1998 when it was played in Carlsbad, Calif., near his hometown of San Diego. The event moved to Maui in 1999, and Mickelson last competed in it in 2001, though he had been eligible to play 13 more times after earning tour wins the prior season.

Mickelson, then 50, became the oldest-ever major winner when he captured the PGA Championship in May.

Sentry Tournament of Champions executive director Alex Urban said in a statement, “We’re absolutely thrilled to welcome Phil Mickelson back to Kapalua, as his return adds additional star power to an incredibly deep and talented field.”

Aside from his two ToC wins, Mickelson has never finished in the top 10 in six other appearances at the event. In addition to the PGA Championship victory this year, he won two tournaments on the over-50 PGA Tour Champions circuit.

Among those who are confirmed to compete at the ToC are the top two players in the world rankings, No. 1 Jon Rahm of Spain and No. 2 Collin Morikawa, as well as FedEx Cup champion Patrick Cantlay and Brooks Koepka, Bryson DeChambeau and Japan’s Hideki Matsuyama. Another 34 players are eligible to compete, including defending ToC champion Harris English.