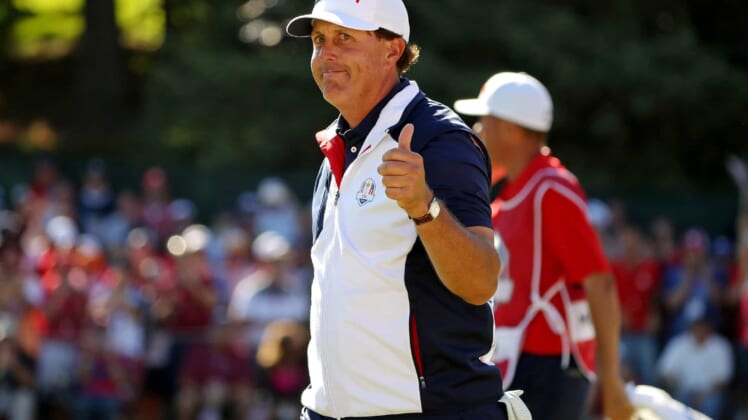 Normally, a picture is worth 1,000 words. But the picture shared by Phil Mickelson after he was named to the U.S. Ryder Cup team has us speechless.

We’re not exactly sure what Mickelson was going for here. But whatever it was, it ended up being glorious.

Furyk will make his fourth and final captain’s pick after the BMW Championship. But we doubt very seriously that the man who gets that spot will celebrate as well as Mickelson did with this pic.