Phil Jackson on Carmelo Anthony: ‘He would be better off somewhere else’ 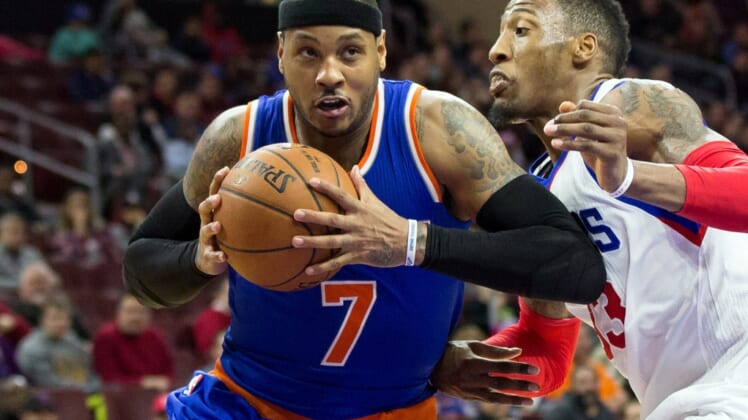 In discussing what the future might hold for Melo and the Knicks, Jackson pretty much closed the door on Anthony returning to the Big Apple for the 2017-18 season.

Here's Phil Jackson on Carmelo Anthony: "I think the direction with our team is that he would be better off somewhere else."

Jackson has drawn a ton of criticism for his handling of the Anthony situation over the past year, and this will only add more fodder to that.

To say that there’s a rift between Jackson and Anthony would be an understatement. It has led to previous speculation that the Knicks might want to move their future Hall of Fame forward.

That time appears to be now.

Anthony, 32, averaged 22.2 points and 5.9 rebounds while shooting at a 43 percent clip for the Knicks this past season. It was the All-Star’s worst statistical output since he was a rookie back in 2003-04.

With $54-plus million owed to him over the next two seasons, it remains to be seen how much interest Anthony would draw on the trade block this summer.