PGA Tour great Gary Player had some harsh comments for the legendary tour’s new rival LIV Golf and questioned the character of the players that have joined its roster.

In just a few months, LIV has quickly become a serious threat to the PGA. In being backed by the finance wing of the Saudi Arabian government, the new tour has been able to offer up huge tournament purses and signing bonuses that were previously unheard of in the sport. Unsurprisingly, the massive payouts have lured quite a few of the PGA Tour’s top players, including most recently world No. 2 player Cameron Smith.

Well, one legend of the PGA is no fan of LIV and their approach to professional golf. Two aspects that separate LIV from the PGA is the fact that they have no cuts, and there is a team element to each tournament that offers an extra purse. On Tuesday, the nine-time major winner Player told BBC Radio that LIV does not offer anywhere near the challenge the PGA play does, and the tour is for athletes who lack confidence in their abilities.

When it comes to rising star Cameron Smith, a popular talent with golf fans and fellow players, Player was very confused by his decision to join LIV earlier this week. In his mind, playing on the PGA Tour is the fastest route to superstardom for elite competitors, and now the 2022 Open champion has lost that opportunity by playing for LIV Golf. 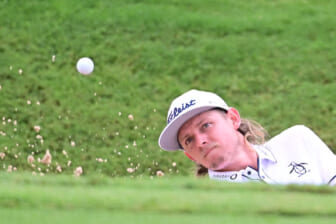 Smith, 29, was one of six players in the top-100 rankings who joined the Saudi-backed league this week, and are set to make their debut at LIV’s fourth event next week in Boston, Massachusetts.