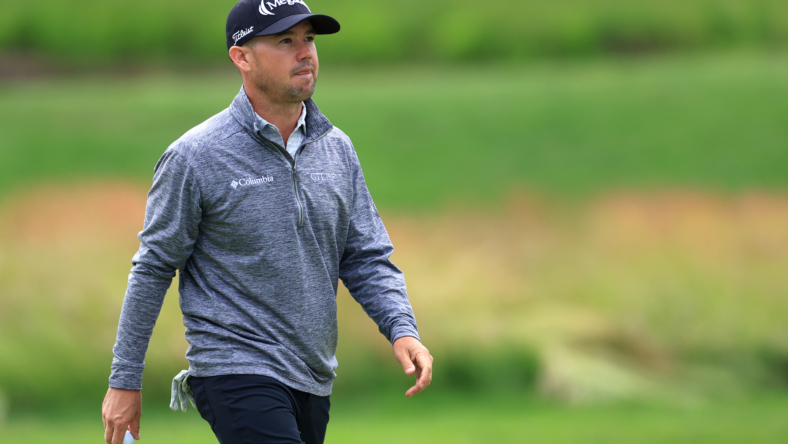 The final event of the Fall Swing to the 2022-23 PGA Tour season kicks off this week at the RSM Classic, taking place at the Sea Island Golf Club in St. Simons Island, Ga.

Last week, Tony Finau won the Cadence Back Houston Open for his third PGA Tour win in his last seven starts. Finau, who was originally set to compete in the RSM Classic field, withdrew on Tuesday due to injury. As a result, it opens the door for other players in this week’s field to either remain hot or get going before the PGA Tour schedule restarts in January.

With Finau not in the RSM Classic, that means the highest ranked in the field is Brian Harman at No. 26. Players above Harman in the OGWR are either taking this week off or competing in the DP World Championship in Dubai this weekend, including World No. 1 Rory McIlroy.

Also Read: Bubba Watson – I was paid to play in PGA Tour events

There are eight former major champions who will tee it up this week, including tournament host, Davis Love III.

Justin Rose is one of those eight former major champs who looks to get his first PGA Tour win since the 2019 Farmers Insurance Open.

Rose tees off Thursday on the tenth hole of the Plantation Course with Webb Simpson and Zach Johnson in a featured group, beginning at 6:30 a.m. PT.

Taylor Pendrith has played in three events this year as well as the Presidents Cup. In his three individual events, the Canadian has made the cut in every event, despite not making a top-30 finish.

However, one thing going for him this week is that Pendrith ranks inside the top 20 in both strokes gained off the tee and driving distance. If that continues this week, he will find the fairways, but more importantly, have shorter approach shots into the green.

Pendrith tees off Thursday at 6:10 a.m. PT on the first hole of the Plantation Course with Nate Lashley and John Huh. 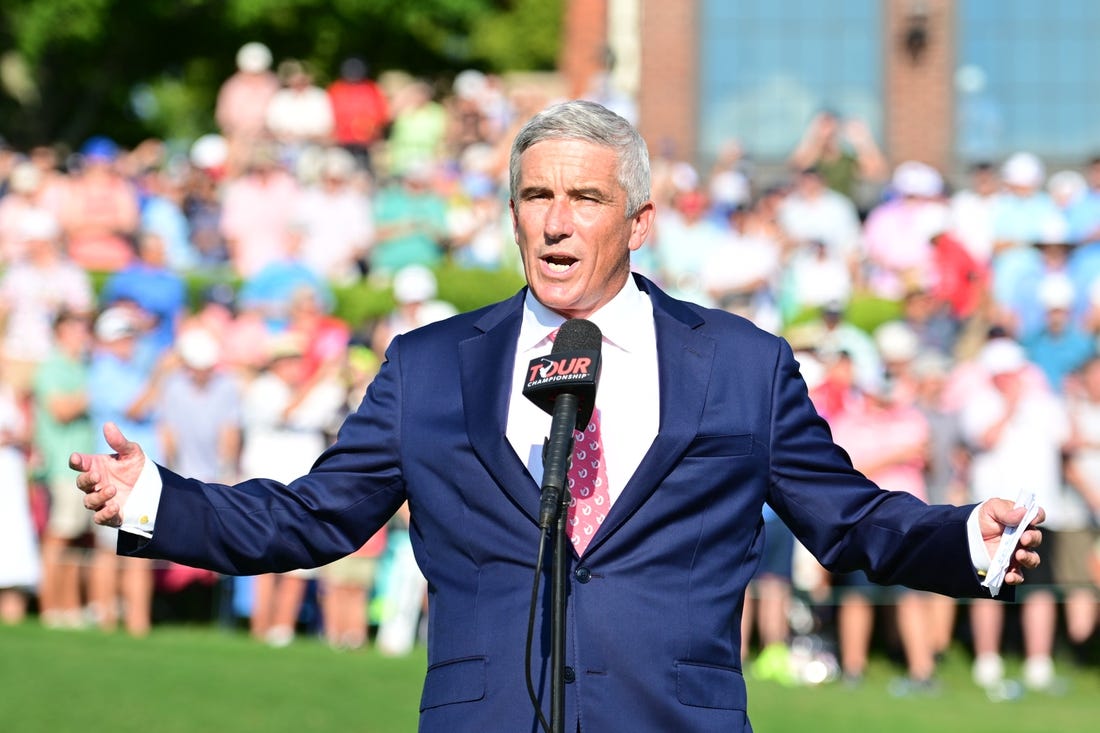 Kevin Kisner enters this tournament as the RSM Classic’s all-time earnings leader with a victory in 2015 and a second-place finish in 2020. In total, Kisner has four top-10s in 11 trips to Sea Island along the Atlantic Ocean.

Besides playing in the Presidents Cup for Team USA, Kisner has played in one event, up the coast, at the CJ CUP in South Carolina last month. Although he tied for 72nd, the experience at Sea Island is a big boost for the 38-year-old.

Mackenzie Hughes’ track record at the RSM Classic speaks for itself Hughes won this event in 2016 and was the runner-up last year, losing by three strokes. A year ago, Hughes was sixth in greens in regulation and second with 23 birdies at this event. As long as he can match that, he will be in good shape this weekend.

Hughes tees off Thursday in a featured group with Robert Streb and Matt Kuchar on the first tee of the Seaside Course at 7:40 a.m. PT.

Jason Day has played well as of late. Since missing the cut at the Fortinet Championship to begin the season, Day has recorded four finishes inside the top 25, highlighted by a top-10 finish at the Shriners Children’s Open last month. In those four rounds, Day has completed 14 of his 16 rounds in the 60s and has scored a combined 47-under par.

Tom Hoge ended his 2021-22 season strong finishing No. 10 at the FedEx Cup Championship.

Hoge continued that success into the new season, recording four straight top-15 finishes, capped off by a fourth-place card at the Shriners Children’s Open last month in Las Vegas. Hoge has another top-10 finish at the ZOZO Championship.

Despite missing the cut at Mayakoba a couple of weeks ago, Hoge looks to get back on track as he tees off Thursday at 7:30 a.m. PT with J.J. Spaun and Chad Ramey on hole No. 10 of the Seaside Course.

Keith Mitchell is coming off his best finish on the PGA Tour this season, recording a ninth-place finish in Houston. The key for Mitchell this week will be his driving this week as he ranks 14th in both strokes gained off the tee and driving accuracy percentage.

Mitchell is grouped with Dylan Frittelli and Chris Stroud that begin on hole No.10 of the Plantation Course at 7:10 a.m. PT on Thursday.

Taylor Montgomery, who is still looking for his first PGA Tour victory this week, has been one of the bright spots in the rookie class this season.

Montgomery, who recorded a third-place finish at the Fortinet Championship in his first start as a member, went on to record four consecutive finishes tied for 15th or better, including two top-10 finishes at the Sanderson Farms Championship and in Mexico a couple of weeks ago at Mayakoba. 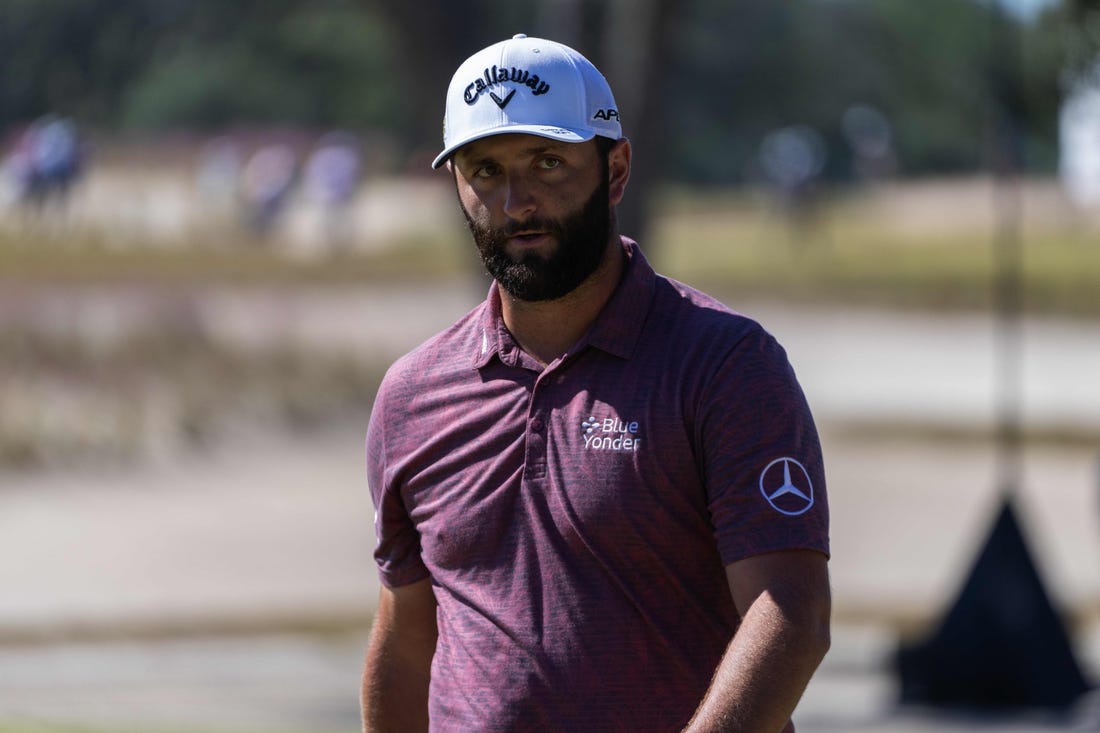 Montgomery begins his first round with Scott Harrington and Kevin Yu on the tenth tee of the Seaside Course at 6:50 a.m. PT on Thursday.

In his last two events, Seamus Power has found his groove by winning the Bermuda Championship and placing third at Mayakoba. Power has finished seven of those eight rounds in the 60s and was one stroke away from going 8-for-8.

Power, who currently sits atop the FedEx Cup standings, tied for fourth at the RSM Classic last year as the cooler conditions should favor him this week. He tees off on the first hole of the Seaside Course with Day and Joel Dahmen in a featured group at 7:30 a.m. PT.

Brian Harman, a University of Georgia alum, tees off in his alma mater state looking to hoist the RSM Classic trophy like the Bulldog team winning the National Championship 10 months ago.

Harman has played well since the beginning of the FedEx Cup playoffs at the FedEx St. Jude Championship in August. A third-place finish put him in a good position to advance to East Lake, where he finished 21st. In his three starts this season, Harman has finished no lower than 23rd as he has finished 10 of his 12 rounds in the 60s.

A couple of weeks ago, the lefty Harman shot three 66s and a 67 at Mayakoba to finish solo second. Harman tees off Thursday in a featured group with Harris Englis and Kisner on the tenth hole of the Plantation Course at 6:20 a.m. PT.